Moscow's sophisticated anti-aircraft defense weapons have become a "hot commodity", which India and Turkey dare to ignore the threat of sanctions the United States (US) to get it.

The video released showed the crew deploying the S-400 defense system to the location and quickly preparing for operations. The weapon quickly identifies low-flying targets, then fires missiles at them. Citing Russia Today's report, Tuesday (10/22/2019), it only took five minutes for the system to be ready for war.

The S-400 has been operating for the Russian military since 2007, with 16 regiments now deployed throughout Russia as well as at the Khmeimim airbase in Syria. 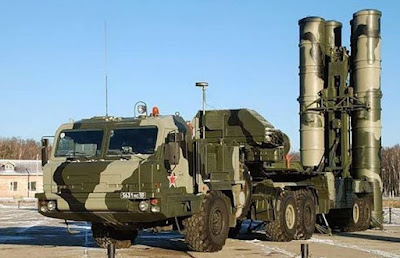 Other countries have been eager to pay billions of dollars to obtain S-400 to protect their airspace. Delivery of the missile system to Turkey began earlier this year, with Ankara signaling they were prepared to sacrifice their participation in the US F-35 stealth jet fighter program for an agreement made with Russia.

New Delhi also faces the threat of American sanctions when negotiating S-400 purchases with Moscow. This system is expected to be introduced in the Indian armed forces next year.

The S-400 Triumph is a sophisticated air and missile defense system, which is very effective at hitting targets from distances of up to 400 kilometers. Its main advantage is the ability to track a large number of targets, including stealth aircraft. At the same time, the system has high mobility capabilities and modular nature, which allows it to quickly adapt to new challenges.
russian military