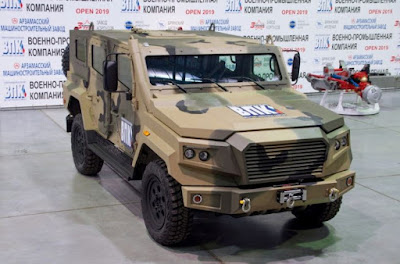 The strength of Strela is its light weight of around 4.7 tons or half the weight of the GAZ Tigr ranpur, so that it can be moved via air hanging using Mi-8 / Mi-17 helicopters.
In addition Strela can devour all fields and maneuver with agile. Vehicles can be driven on flat roads up to 155 km / hour.

Like the Airspace Review quote from RIA Novosti, although it is classified as light rantis, Strela has a capable ballistic protection. This rantis is able to withstand the onslaught of bullets up to 7.62 mm caliber. 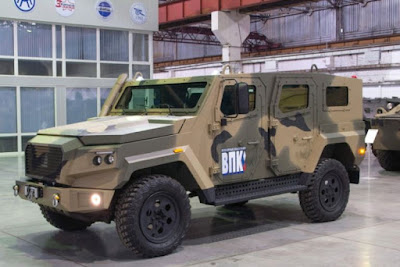 As for the level of protection against landmines and improvised explosive devices (IED), the equivalent of the explosive power of 2 kg TNT.
As a versatile fantasy, Strela can be developed for a variety of missions such as personnel transport, reconnaissance, command and control, recovery, and medical evacuation.

The personnel transport variant (APC) of Strela can accommodate eight armed forces including the driver.
While external weaponry is available as optional.
Army
russian military