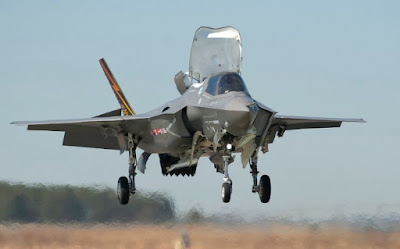 Singapore, Militarymedia.net - The super-rich country in Southeast Asia, namely Singapore, cannot be separated from the problem of limited land and air space for its defense equipment.

So it is not surprising that detachment training for fighter jet pilots must also be carried out abroad. In cooperation with its close ally, the United States, Singapore in December 2019, signed a memorandum of understanding (MoU) with the United States to establish a combat jet training detachment in Harvest Andersen, Guam.

The MoU between Singapore and the US also includes the deployment of F-15SG fighter jets, F-16 C / D and Gulfstream G550 Airborne Early Warning (AEW) reconnaissance aircraft, along with supporting assets and personnel at Andersen Air Force Base, Guam.

For information, Singapore has ordered four F-35B units, with the option to add 8 units. The US Department of State and the Defense Security Cooperation Agency (DSCA) have approved a plan to acquire 12 F-35B units to Singapore for US $ 2.5 billion.
Now, while the implementation of the training detachment in Guam has not yet run, so far the Singapore Air Force fighter pilot training program has been carried out in Luke Air Force, Arizona.

The Singaporean Air Force has submitted a request to the US, to be able to use Luke Luke's Base as a training location for prospective F-35B pilots. At the same time, Singapore also requested that the Luke Lanud be used as a storage location for unused F-16 fleet stock.

US AU spokesman Ann Stefanek said it plans to build an F-35 Foreign Military Sales Training Center. The training site will be built on the US mainland and can accommodate 36 F-35 units. "Based on negotiations with F-35 user states, and taking into account airspace and weather, there are five candidate locations for training locations, namely in Buckley Air Force Base, Colorado; Lanes Fort Smith, Arkansas; Lanud Hulman, Indiana; Lanud San Antonio-Lackland, Texas; and Selfridge Air National Guard Base in Michigan, "said Ann Stefanek. 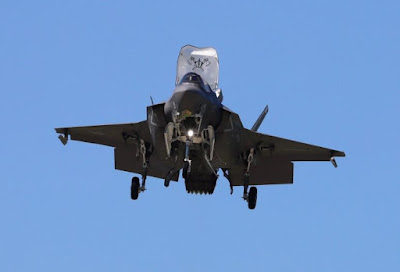 Of all the lanud above, none of them are currently ready to accommodate the F-35. Of course, a large investment is needed to establish an F-35 pilot training center, because the existing infrastructure requires modifications to support the operation of the fifth generation jet fighter.

Luke Airfield, located on the outskirts of Phoenix, Arizona, in the next few years will lack capacity, because the facilities at the Lanud will be converted from supporting F-16 to F-35A. All this time, Lanud Luke has been a 'temporary' training location for F-35 operator countries.