Home Air Force US Military For the First Time, the MQ-25A Stingray Tanker Drone Is Visible With The Refueling Pod

For the First Time, the MQ-25A Stingray Tanker Drone Is Visible With The Refueling Pod 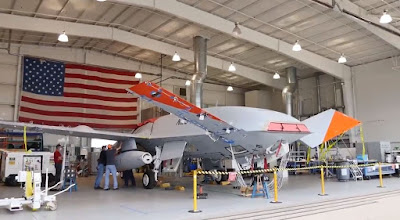 Militarymedia.net - United States - Although there have been no cases of tanker shot down, but like airborne early warning and control (AEW & C) reconnaissance aircraft, tankers are strategic targets for long-range air-to-air missiles.

Departing from this, then initiated a tanker aircraft designed unmanned with stealth or semi-stealth capabilities. In addition to ensuring the tanker's "safety", with a stealth mode, tanker aircraft can also better support the movement of fighter jets to the target area. 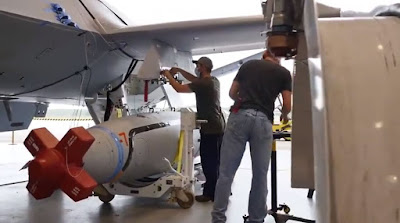 The definition already exists, Boeing under the Naval Air Systems Command (NAVAIR) program has launched a semi-stealth tanker drone MQ-25A Stingray which flew for the first time on 19 September 2019. Although it is not fully operational, because it is still a prototype, the figure of MQ -25A seems familiar to global netizens, because the photos of this drone are not difficult to find.

Even though it has conducted several flight tests, including from the aircraft carrier, because the operator of this tanker drone is indeed the US Navy, it has never been seen that the refueling pod installation on the MQ-25A has been caught on camera clearly (from behind). The photo uploaded is a prototype MQ-25A sitting in one of the hangars at MidAmerica regional airport in Mascoutah, Illinois. 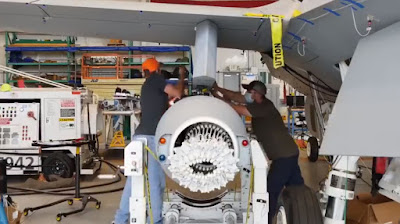 And as expected, the MQ-25A Stingray is designed to serve water refueling systems with the hose method. By distributing fuel using the hose method, the target is an aircraft using a probe. Since it will be used by the US Navy, it is clear that this tanker drone will be used to 'breastfeed' the F / A-18 E / F Super Hornet and F-35B Lightning II fighter jets.

As a tanker drone, the MQ-25A is designed to be able to fly as far as 804 km and carry around 6,800 liters of avtur fuel. Boeing has so far built a prototype which is codenamed T1 (N234MQ). T1 began flight test activities in September 2019, and as of February 2020, has accumulated approximately 30 flight hours. 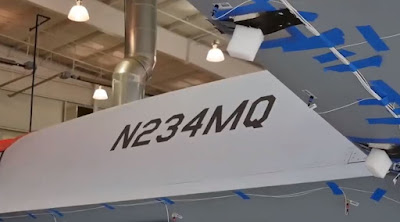 Boeing in August 2018 was awarded an engineering, manufacturing and development (EMD) contract worth US $ 805.3 million by NAVAIR for design, development, fabrication, testing and delivery of four MQ-25A units, where the drone tanker's operational targets can be fully started. in early August 2024.

Although officially not classified as a stealth drone, the MQ-25A, with its shaping fuselage structure, is expected to protect engine blades from radar capture. The MQ-25A is equipped with a Rolls-Royce AE 3007N turbofan jet engine capable of producing thrust of up to 4,500 kg.
Air Force
US Military