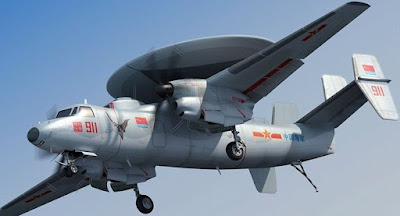 China, - China is known to be developing aircraft carriers larger than its two predecessors, namely Type 001 Liaoning and Type 001A Shandong.

The aircraft carrier designed as Type 002 no longer relies on aircraft launchers using the ski jump system. But it has used an electromagnetic approved system (EMaLS).

Call it popular with that used in the aircraft carrier super (super aircraft carrier) owned by the United States Navy which is popularly known as CATOBAR (catapult-based takeoff but withstand recovery).

One of the advantages of the EMaLS system compared to the jump ski version is that it is able to launch larger aircraft with less power.

Well, one of the aircraft that will fill the Type 002 parent deck is a fixed wing AEW & C aircraft. While aircraft carriers Type 001 and 001A still rely on AEW Z-18J Bat helicopters.

Compared to the helicopter version, this type of fixed wing aircraft has advantages in terms of speed, altitude, operating range, up to a greater mission system load.

It is suspected that China is developing an AEW & C class E-2 Hawkeye made by Northrop Grumman from the US. The aircraft, known as the KJ-600, will fill the role of visual extension and surveillance from the air.

Signs of the development of the KJ-600 were first seen when the circulation of photographs of this aircraft in cyberspace.

The KJ-600 mock-up was seen perched on the mock deck of the Type 002 aircraft carrier located at the site in Wuhan, Hubei Province. Also visible were the mock-ups of the J-15 Flying Shark fighter jet and the Z-8 transport helicopter.

The KJ-600 (sometimes called the H-600) was jointly developed by the Xian plant (XAC) together with the Institute of 603 research institutes.

To run the KJ-600 it takes 5-6 crew including pilots, copilots, and some personnel to run the radar and combat control systems.

The KJ-600 is equipped with two WJ-6C or WJ-6E turboprop engines each with 5,100 hp with six-bladed propellers. This engine has been used on Y-9 transport aircraft.

While the type of radar selected is composed of an electronically scanned array (AESA) mounted on a spun disk to provide full 360 degree security.

The KLC-7 radar is predicted to be able to launch and track targets such as airplanes and cruise missiles that fly at various heights including ground-level trains.

Until now information regarding the latest developments of the KJ-600 itself is still closed tightly. It's the same as saving a development ship Type 002 that it will occupy.

Reportedly, construction of the Type 002 aircraft carrier began in February 2017. A total of two units were made simultaneously by Dalian Shipyard and Jiangnan Shipyard.

Little information was released about aircraft carrier Type 002, which is known to have a dead weight of approximately 85,000 tons. Which means, it is heavier than Type 001 in the range of 70,000 tons. Rangga Baswara Sawiyya 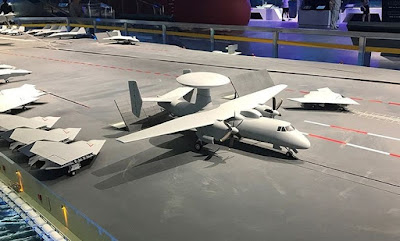 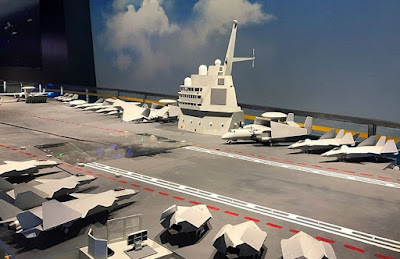 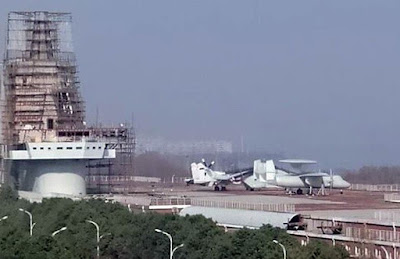