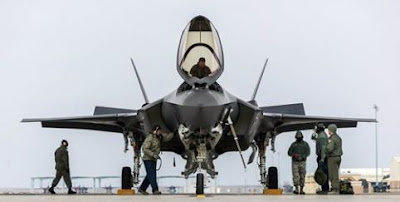 The approval issued by the US State Department made Poland the 13th foreign military customer who bought up the most expensive fighter.

In its announcement on Wednesday, the US State Department said that Warsaw had been approved to receive 32 F-35A Lightning II aircraft made by Lockheed Martin with support and related equipment. The cost of purchasing dozens of advanced fighter aircraft is estimated at USD6.5 billion.

"The sale of the F-35A Lightning II Joint Strike Fighter to Poland will provide NATO's main ally with the most sophisticated fighter in the world, increase its ability to provide collective defense and self-defense, and reduce its dependence on Russia's legacy of equipment," the Department of State said in a release The Defense Security Cooperation Agency (DSCA), a body that takes shelter in the US Department of Defense.

"The F-35 will contribute to Poland's goal of modernizing its military capabilities while continuing to increase interoperability with the United States, NATO members and other allies,"

Poland was officially asked to buy an F-35 in May. The following month, the F-35B Marine Corps flew over the White House when President Donald Trump and Polish President Andrzej Duda watched.

The Washington agreement underlines the willingness of the United States to work with Poland to replace the Sukhoi Su-22 and MiG-29 fleets with American-made 5th generation warplanes.

"This is an important step in the acquisition process and to achieve Poland's goal of shipping their first aircraft in 2024," Lockheed Martin spokesman Mike Friedman said in a statement.

"The F-35 will bring the fifth generation (aircraft) capability to the Polish Air Force which provides unmatched levels of survival, survival and connectivity to the Polish Armed Forces and allows continued interoperability with other NATO F-35 operators," Friedman said.

In August, a group of Republican senators urged the Department of Defense to expand the US-led Joint Strike Fighter program with additional foreign sales to create a stronger allied coalition.

In a letter sent to Defense Secretary Mark Esper on August 6, Republican Senator Marco Rubio from Florida and Pat Toomey from Pennsylvania said the US would benefit from having more F-35s in flight routes around the world.

MPs' call for expansion came shortly after the Pentagon lost one of its NATO F-35 partner countries, Turkey.

The Ministry of Defense officially prevented Turkey from participating in the program in July because Ankara bought Russia's S-400 missile defense system.

Although Turkey was officially excluded from the F-35 program, the cancellation of the contract for the purchase of advanced aircraft was only decided in early 2020.
US Military