US Claims Not Interested in Buying Russian Missile Technology 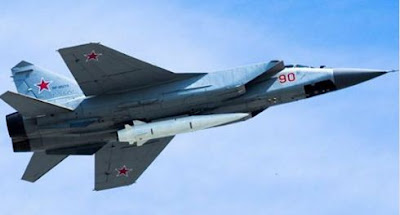 WASHINGTON, - An official of the United States (US) said Washington was not interested in buying missile technology from Russia. This is a response to the statement of Russian President, Vladimir Putin.

The official, as reported by Sputnik on Saturday (7/9), later said the US had the main comparative advantage for the development, testing and absorption of Russian missile technology.

Earlier, Putin offered Washington the opportunity to buy Russian hypersonic weapons. The offer was delivered directly Putin to the US President, Donald Trump.

"I have told Donald (Trump); Do you want us to sell it (hypersonic weapons) to you? And we will balance everything with that," Putin said when asked how the new Russian weaponry could enter into the existing weapons control agreement.

"Yes, maybe they will. But why spend money when we have spent it and can get something in return without damaging our own security and for the sake of creating balance," he said.