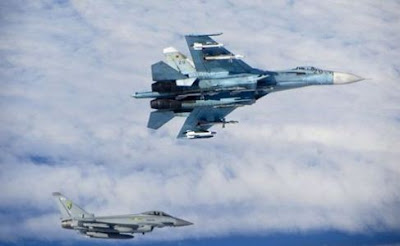 MOSCOW, - NATO warplanes carrying out air policing missions in the Baltic countries carried out three interceptions or interceptions of Russian military planes over the past week.

On September 5, NATO fighter jets were deployed to intercept an aircraft maneuvering in the Lithuanian Flight Information Area (FIR) from international airspace after launching from Kaliningrad.

The aircraft's onboard transponder is inactive, has no flight plans, and does not maintain radio communication with the regional air traffic control center. The plane finally left the Lithuanian FIR and returned to Kaliningrad before it could be identified.

On September 6, NATO fighter jets intercepted the Antonov An-30 aircraft flying from Kaliningrad to mainland Russia with their onboard transponders on, in accordance with previously proposed flight plans, and maintaining radio communication with the regional air traffic control center.