Follow in the Footsteps of Sukhoi Su-35, Australian Super Hornet F / A-18F Fighter Jet Will Be Installed by IRST

Australia, - For Australia, the potential threat they will face comes clearly from the north, without mentioning the country in question, from the aspect of weaponry, which has the potential to compete with the air force of the Kangaroo Country is the figure of Sukhoi Su-35, which military analysts say is said to be superior from the mainstay of Australian flagship fighter AU (RAAF) at this time, F / A-18F Super Hornet.

Although from the technical aspects of aircraft and weaponry between Su-35 and Super Hornet can be pitted based on certain parameters, but there is one feature that was absent from the Super Hornet since the beginning.

What is meant is IRST (Infra Red Search and Track System), a tracking device that since the MiG-29 era and Sukhoi Su-27 / Su-30 has been installed on the front of the cockpit glass. In contrast, the F-16 Fighting Falcon and F / A-18 Hornet series combat features are absent, at least in built-in. 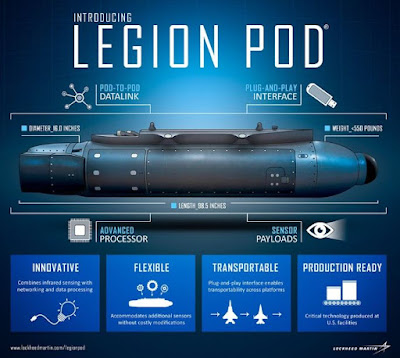 Now, to get around the 'shortcomings' of the IRST feature, recently there was news that RAAF plans to equip the Super Hornet F / A-18F fleet with an IRST type AN / ASG-34 device. Quoting from Janes.com, the US Naval Air Systems Command (NAVAIR) on 2 October said there would be 12 Australian Super Hornets that would be fitted with IRST AN / ASG-34. For information, the RAAF F / A-18F Super Honet fleet reached 24 units. Still from the same source, the contract to upgrade this device will run for 36 months.

The AN / ASG-34 IRST device was developed by Lockheed Martin, Boeing and General Electric. This IRST device will work integrated with the main radar system in Super Hornet which uses AESA (Active Electronically Scanned Array) Raytheon AN / APG-79 type radar.

Traced by its ability, IRST is used to find and track targets along with infrared emissions, or based on the heat generated by the target. In other contexts, IRST can be used by pilots when they have to do silent radar or if the tracking radar function malfunctions, then the ability of fighter jets to serve the mission carried out can still be maintained tightly by this optronic (optical electronic) device. Generally in the IRST device is equipped with a laser range finder.
Unlike the IRST on the Sukhoi series which is built in, the IRST on the F / A-18F Super Hornet is designed to be carried using a modified centreline drop tank. The Boeing official said that placing IRST under aircraft fuselage did not have an adverse effect on its ability to identify and track targets that might fly higher than the Super Hornet.

Boeing said the AN / ASG-34 could track targets from a distance of 10 miles (16 km) at an altitude of up to 60,000 feet (about 18,000 meters). When compared with the IRST at Sukhoi Su-35 which uses OLS-35 types, it is known that detecting targets in the air can reach a distance of 90 km. While for the measurement of air targets can be done at a distance of 20 km.

The adoption of IRST devices in centreline drop tanks certainly reduces the capacity of weapons or fuel tanks that can be carried by Super Hornet.
australian military
russian military