Claimed to Be Shot Down in Pakistan, Indian Su-30 Jet Appears in Military Parade

NEW DELHI, - A Sukhoi Su-30MKI jet fighter belonging to the Indian Air Force (AU) surprised audiences at an AU military parade outside Delhi. This surprise embarrassed Pakistan which claimed to have shot down the fighter jet more than six months ago.

During the parade, two Russian-made warplanes were seen in the sky above the Hindon Air Base in Ghaziabad. The planes flew in formation as part of a celebration marking the 87th anniversary of the Indian Air Force (IAF).

According to an NDTV report quoted Tuesday (8/10/2019), one of the aircraft named "Avenger-1" was the same fighter jet that was claimed to have been shot down by Pakistan in a brief battle last February. The fighter jet was even flown by the same crew that Islamabad claimed had been shot down.

"On Air Force Day, the IAF flew Sukhoi fighter jets that Pakistan claimed were shot down," wrote a parade visitor on his Twitter account, @ szaheer123. 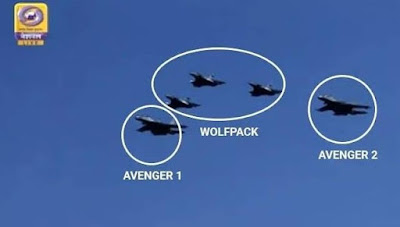 According to Islamabad, the Su-30 fell from the sky in fighting on February 27, a day after the Indian Air Force bombed a camp suspected of being a terrorist base in Pakistan.

In the ensuing air battle, India claimed to have shot down an F-16 fighter jet made in the United States (US), before one of its MiG-21 Bison fell by Pakistani military fire.

New Delhi flatly denied that one of its Su-30 fighter jets was destroyed in the fighting, and accused Pakistan of fabricating stories to cover up the disappearance of American-made fighter jets.
Indian military
russian military
US Military