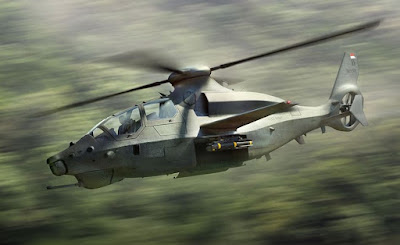 Besides Bell, four other contests participating in the FARA project competition were AVX Aircraft, Boeing, Karem Aircraft, and Sikorsky.

Reporting from Flight Global, to win this project Bell offers a helpless, deadly, and sophisticated helicopter but at an affordable price.

Some of the components and technologies used in the development of Invictus are taken from proven Bell-made products. One example is the rotor system based on the Bell 525 heli.

Other technologies such as sensor systems are drawn from Bell's experience in the development of future US military helicopters in the FVL (Future Vertical Lift) project, where Bell is one of the finalists with its V-280 Valor.

Another excellent feature offered by Invictus is the speed of the helicopter which is staying can go up to 343 km / hour. Invictus is also capable of hovering at an altitude of 1,200 m.

In addition, Invictus has a maneuverability that is agile at high speeds. Invictus has additional auxiliary wings and is supported by a fly-by-wire flight control system.

Regarding performance, with a default load of 640 kg Invictus combat range reaches 250 km or duration of 90 minutes in the air.

As for the weapons, Invictus is equipped with an internal canon of caliber 20 mm. Other weapons such as surface air missiles can be stored in the stomach.

Judging from the look of the design, Invictus almost resembles the RAH-66 Comanche helicopter designed by Sikorsky and Boeing.
The RAH-66 project itself was originally designed to replace the OH-58D helicopter. However, the program was discontinued in February 2004 because of the large development costs.

The RAH-66 program was then replaced by a new project which was then won by Bell with its flagship product ARH-70. Again, due to problems with the cost of developing the ARH-70 project, it was stopped in 2008.

With the presence of this FARA program, the US Army will get a new helicopter to replace the OH-58D starting in 2028.

However, the journey to replace the Kiowa Warrior is still long. In 2020, two finalists will be chosen and followed by the making of flying prototypes in the coming 2023
US Military