Home Chinese military No Longer Covered Up, China Showcases the Multipurpose Heli Z-20 to the World

No Longer Covered Up, China Showcases the Multipurpose Heli Z-20 to the World

China, - After its first public debut at the commemoration of the 70th Chinese National Day on October 1, 2019, the Z-20 helicopter was officially re-displayed at the China Helicopter Exposition (CHE) event on October 10-14, 2019.

During the 5th CHE event that took place in the city of Tinajin, China, four Z-20 helicopters performed a demonstration of flying performance.

Previously known, the multipurpose helicopter made by Harbin, a subsidiary of the Aviation Industry Corporation of China (AVIC), has been on its inaugural flight since 2013. However, the Chinese Government has never publicized its existence. 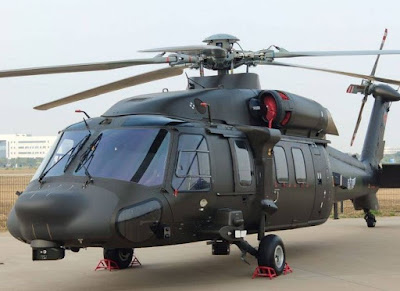 Although it is predicted as a duplication of the Sikorsky S-70 Black Hawk helicopter made in the United States (US), the Z-20 technology was developed independently by the Chinese aerospace industry.

Reporting from China Daily, Z-20 technology is even more mature compared to Black Hawk. Because, the Z-20 has implemented a flight control system FBW (fly-by-wire).

Another excellent feature applied to the Z-20 is the low-noise design for the rotor and has implemented a new anti-icing technology. Heli Z-20 has also used a glass cockpit complete with a multifunctional display screen (MFD).

In its role, the Z-20 helicopter was lined up to carry out military transportation missions day and night in all weather. Heli can also operate in high-altitude and oxygen-thin regions such as the Tibetan region. 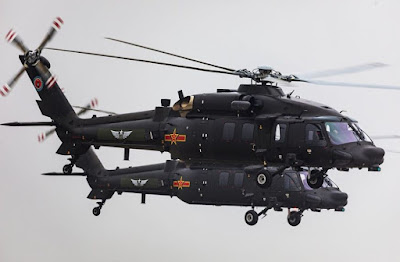 The helicopter with a maximum flying weight (MTOW) range of 9-11 tons is equipped with a pair of locally made WZ-10 turboshaft engines. The cabin can accommodate 14-20 troops and is manned by pilots and copilots. Its external load is estimated at 3-4 tons.

Heli Z-20 itself is estimated to have served for the People's Liberation Army Air Force (PLAAF) in 2017. In addition to the PLAAF, the Z-20 will also be used PLA Ground Force and PLA Navy.

Perhaps the question is, if the Z-20 is indeed a copy of the Black Hawk, then where did China get it?

Now, as is known in 1984 the Chinese Government brought in 24 units of the US Sikorsky S-70 helicopter, the civilian variant of the UH-60 Black Hawk family. This heli is thought to be a provision for Chinese aerospace scientists to study.

The Heli S-70 is highly relied upon by the Chinese military to operate in the highlands. Even though they are old, the S-70 helicopters are still active in the ministry today.
Chinese military