The tests were carried out at Saab's Bofors Test Center in Karlskoga, Sweden and at Mile High Range, Sierra Blanca, Texas. 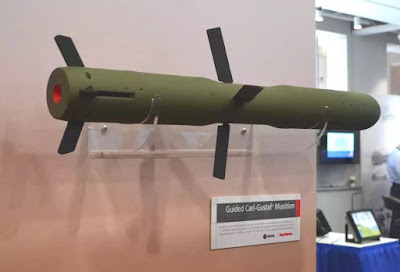 Raytheon and Saab collaborated to develop a Carl-Gustaf pelvic missile with a semi-active laser guided munition. This missile can be used to destroy stationary or moving targets up to a distance of 2,000 m.

The name Carl-Gustaf is again used as the name of this new guided munition. When traced to its history, GCGM can be said to be an increase of the recoiless riffle Carl-Gustaf rifle 84 mm caliber.

The anti-tank / anti-burial weapons have been used by US ground forces and 40 other countries. Indonesia has been a Carl-Gustaf M2 user since the 1960s.

Quoting the Saab report, in the last 12 months, Raytheon and Saab intensively carried out the development of the Carl-Gustaf pelvis.

Raytheon and Saab's collaboration for GCGM development begins in 2017.
US Military