Although only appearing in a scale model, the presence of the J-10CE dubbed Vanguard is enough attention. Because so far the J-10 fighter jet is only used for Chinese military purposes.

As reported by Jane’s, J-10CE was built based on the J-10 C series or the last single-seat variant. In appearance that looks striking is the intake that looks new (similar to the J-10B version). 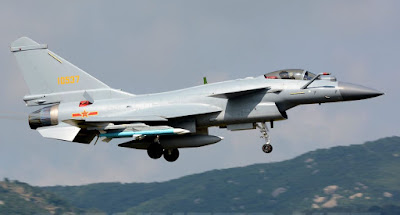 J-10C has also used a new machine made locally Wo Shan WS-10A to replace the old engine Salyut AL-31F derivative made in Russia. Besides being more powerful, the WS-10 nozzle is equipped with a TVC (thrust vectoring control) which makes it more agile in maneuvering.

Other excellent features embedded in the J-10C are avionics devices and new electronic warfare (EW) modules including the use of AESA (active electronically scaning array) radar.

With all its advantages the J-10C can be compared with Eurofighter Typhoon fighter jets from Europe or F-16V made in the United States that are included in the class of 4.5 generation fighter jets. Reportedly, three countries have looked at J-10CE namely Pakistan, Iran and Argentina.
Chinese military