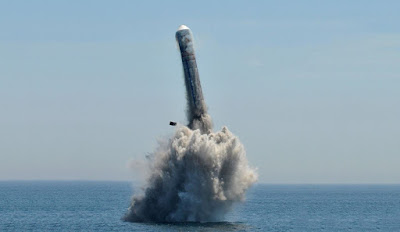 BEIJING, - Pentagon officials have revealed that China has been testing JL-3 intercontinental ballistic missiles launched from submarines. According to them, the missile could hit the entire territory of the United States (US) with nuclear warheads.

The Beijing missile test was carried out amid fears that North Korea was preparing for a long-range missile launch.

Two Pentagon officials who spoke on condition of anonymity said the test of the JL-3 ballistic missile firing was carried out on Sunday in the Bohai Sea off the coast of northern China. The missile was fired from a Jin-class submarine sinking under the sea.

The shooting of the JL-3 missile was also monitored by US intelligence satellites and other platforms with the test position being in the same sea and the missile flight being monitored moving westward.

There is no other detailed explanation of the missile launch, including whether the trial was successful or not.

The missile launch took place shortly after US intelligence agencies issued reports calling for vigilance over the potential for long-range missile testing by North Korea. North Korea's long-range missile test could have taken place today, because the Kim Jong-un regime had threatened to give Washington an unpleasant "Christmas gift" if it did not offer concessions related to denuclearization until the end of this year.

The missile test on Sunday is the fourth JL-3 launch in the past two years. This test is an indication that China is rapidly developing weapons.

The first JL-3 missile test will take place in December 2018 and successive tests will be carried out in June and October.

Like the Sunday test, the JL-3 missile shooting in October took place from the Bohai Sea and flew west to the collision zone in the Gobi desert. The JL-3 is a new missile system with an estimated range of 5,600 miles. In contrast, the JL-2 currently in use by the Chinese military has a range of 4,350 miles. 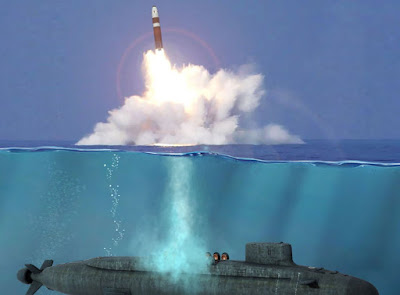 Retired US Navy Captain James E. Fanell said flight tests just before Christmas, if confirmed, were not just a demonstration of the progress made by the Navy of the People's Liberation Army (PLA) in SLBM technology (ballistic missiles launched by submarines). " But it is also a statement to the US, and the world, Beijing's strategic intention to put the US in danger from China's nuclear intimidation, "he was quoted as saying by the Washington Times.

"Operationally, this launch is not a surprise and shows the perfusion of the October 1 China national day parade from JL-2 missiles as (weapons) representing the maximum technological level of the PLA Navy missiles," Fanell said.

"The reality is that China represents the same existential threat to global peace and security presented by the Soviet Union to the world 30 years ago."

Chinese state media itself has made no secret of its plans to use missile attacks launched by submarines against the US.

The Chinese Communist Party newspaper, the Global Times in 2013 published a report outlining a planned nuclear missile attack launched by a submarine on the western US that was expected to kill up to 12 million Americans through a combination of explosions and radiation.

"In general, after a nuclear missile hits a city, radioactive dust produced by 20 warheads will spread by the wind, forming a contaminated area for thousands of kilometers," the Global Times report said at the time.
Chinese military
US Military