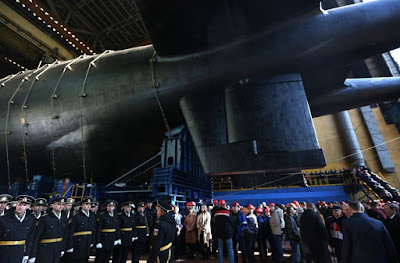 MOSCOW - Russian nuclear-powered submarine maker Sevmash said the country's Navy would get a nuclear submarine armed with a nuclear Poneidon drone. The submarine will be one of four nuclear vessels.

The Belgorod submarine, which is much awaited, is planned to be handed over to the Russian military in 2020. The Oscar-class submarine has been modified "for special purposes" and is believed to be carrying a Poseidon weapon system.

Long-range nuclear vehicles are likely part of efforts to counter the development of US anti-ballistic missile technology and are currently undergoing trials. The 184-meter submarine is reported to be able to carry as many as four Poseidon drones and is one of two ships designated for the purpose.

Head of Sevmash confirmed that 'Belgorod' will be handed over to the Ministry of Defense next year.

"He sailed in April and will be one of four nuclear ships scheduled to move into military hands by 2020," Mikhail Budchenko was quoted as saying by Russia Today from TASS on Saturday (12/21/2019). 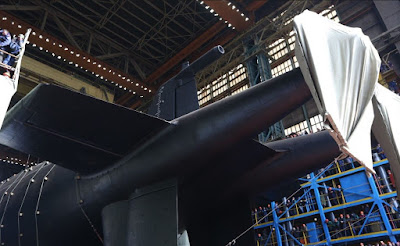 The other three are the Borei Knyaz Oleg class nuclear missile submarine and the second and third cruise missile submarines Yasen, Kazan and Novosibirsk. The last submarine will be launched for an immediate sea trial, according to an official.

Another Sevmash ship, the Knyaz Vladimir Borei class is scheduled to be commissioned before the end of the year.

Next year the Russian Navy is promised to abound in new submarines. Russian Navy will also get two electric-diesel submarines, Volhov, the latest variant of the Kilo class and the Lada class submarine, Kronshtadt.
russian military