MOSCOW - Russia claimed control of two Tomahawk cruise missiles the United States (US) which was launched into Syria but failed to explode in April 2017. The two missiles were taken by the Damascus military and handed over to the Moscow military which were subsequently examined.

"By having this missile, we can clearly understand the communication, information and control, navigation and range it has," said Vladimir Mikheev, advisor to the first deputy general director of the Russian state electronics group; KRET, as quoted from National Interest, Wednesday (11/20/2019).

"And knowing all these parameters, we will be able to more effectively fight these cruise missiles at all stages of their combat deployment," continued Mikheev.

The Syrian military has been relying on Russian-made missile defense systems to fight foreign aggression. It is unclear how many enemy missiles were shot down by the Syrian air defense system, although Russia claims many include dropping an F-16 fighter jet. Nevertheless, the system proved ineffective against repeated Israeli air strikes.

In April 2017, around 59 cruise missiles were fired by the US and its allies into Syria. Of the dozens of missiles, it is possible that one or two failed to explode and were discovered by the Damascus military.

The latest version of Block IV Tomahawk is not the 1980s Ronald Reagan era Tomahawk missile or known as Operation Desert Storm weapon. Block IV Tomahawk is almost an unmanned aircraft, capable of hovering over a target while sending back imagery to ground controllers before being instructed to penetrate to the target. 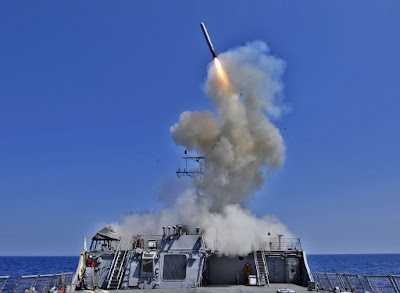 This missile is also capable of being diverted while on a flight to one of the fifteen previously planned targets or to a set of GPS coordinates. Over 35 years, navigation systems and warheads will naturally be upgraded.

But the Tomahawk is still a Cold War era subsonic cruise missile that is still a bit old-fashioned when compared to the supersonic and hypersonic weapons currently being developed. If Russia, which is carrying out an impressive series of tactical missile tests, needs to learn from Tomahawk, then Moscow will find problems with Tomahawk missiles.

If the problem with the Tomahawk missile is only a matter of a crash, the United States will modify the missile system to compensate for the problem. This is an old electronic war "chess game". Every time new radars and communication systems become vulnerable to interference, they are upgraded with new or anti-noise equipment.
russian military