ANKARA, - Turkey has refused to abandon the S-400 missile defense system purchased from Russia. Ankara insists it will not bow to the threat of United States (US) sanctions for buying Moscow weapons.

"They say they will not sell Patriot (missile systems) unless we get rid of the S-400. There is no doubt for us to accept such prerequisites," Ibrahim Kalin, spokesman for President Recep Tayyip Erdogan, said on Tuesday night after a cabinet meeting.

Turkey, which has the second largest military force in NATO, denies it is moving away from the alliance. However, Ankara acknowledged that disputes with the US over the purchase of Russian S-400 missile systems were increasing. 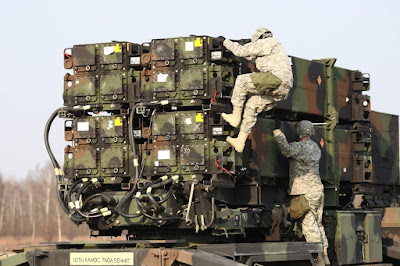 The American Congress has urged the Donald Trump government to impose sanctions on Ankara. However, the Trump administration objected that such a move could push Turkey closer to Moscow.

"Irrational anti-Turkish sentiment has won in Congress and that is not good for Turkish-American relations," Kalin said. "They must know that such threatening language will push Turkey to places they do not want," he said, as quoted by Bloomberg, Wednesday (12/25/2019).

Turkey plans to acquire a second S-400 battery and pursue a joint development agreement with Moscow in order to produce its own sophisticated ballistic missile.
russian military
Turkish military
US Military