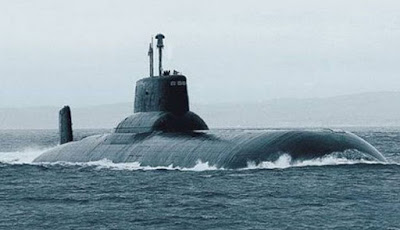 Military Media.net - Borei (Borey) -class SSBN (Ship Submersible Ballistic Nuclear), the fourth generation of Russian ballistic missile nuclear submarines (after Hotel-class, Yankee-class, and Typhoon-class) were handed over by the Russian Ministry of Defense to the Bear Navy on 30 December 2012. The ceremony also marked the turn of the year and gifts to the new forces of the Russian Navy.

Through a long journey, Borey-class which became one of Russia's masterpieces after the dissolution of the Soviet Union, replaced the role of the submarine Delta III and Delta IV (Projet 667-class), and Project 941-class (Typhoon-class). After being received by the Russian Navy, Yury Dolgorukiy began carrying out his military service on January 10, 2013.

The latest underwater monster with a length of 170 meters and a width of 13.5 meters and able to accommodate 107 people (55 main crew) was then placed at the AL Pier of Vilunchnisk, Kamchatka Peninsula, Russia's far eastern region.

Placement of the main force of the nuclear submarine fleet in the region is nothing but to support the capabilities of the Russian Pacific Fleet as well as to ward off the strength of other countries in the world Naval Power arena.

"Russia must have two bases of submarine force. One in Europe and another in the Far East. This is important to maintain the essence of national balance and security, "said President Validmir Putin. The number one person in Russia also stated that the two places used as ship headquarters were very significant and strategic. 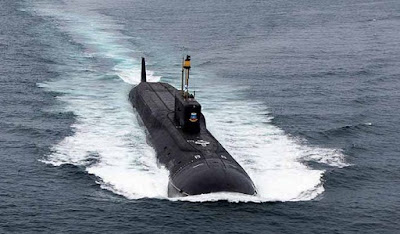 Eight Borei-class submarines, said Putin, have been signed by the Russian Ministry of Defense and are scheduled to enter the ranks of the Russian Navy at the latest by 2020.

The Borei-class project was first announced on October 16, 1996. At that time Russian Navy Commander Admiral Feliks Gromov stated that Russia would make the latest generation of nuclear submarines. The ship is powered two to three times stronger than existing submarines.

The plan was then realized by laying down the first Borei-class unit called Project 935 (Yury Dolgorukiy) on November 2, 1996 at Sevmash State Nuclear Ship-Building Center, Severodvinsk.

Deputy I of the Russian Defense Minister Andrei Kokoshin at the time described Yury Dolgorukiy as a state-of-the-art military submarine surpassing all Russian-operated submarines. While other officials stated that the Borei-class is a highly anticipated 21st century submarine.

Yury Dolgorukiy was designed by Rubin Marine Equipment Design Bureau. The process was handed over to the Sevmash shipyard. Initially the submarine was scheduled to enter the ranks of the Russian Navy in 2001. But the reality says otherwise, because its construction experienced several delays due to budget problems.

The delay in the deployment of Project 935 was also due to an inaccurate schedule for the manufacture of ballistic nuclear missiles prepared to become the main force of the Borei-class. The missile in question is the R-39 UTTH Bark (SS-N-28) designed by the Makeyev Design Bureau. Bark is an upgraded version of the R-39 missile used as a Typhoon-class main weapon.

The Bark Project was stopped in 1998. The Russian government then replaced it with a new RSM-56 (R-30) Bulava missile designed by the Moscow Institute of Thermal Technology. The change in dimensions from Bark to Bulava also caused major changes to the Borei-class design. So, this also causes the Borei-class operational schedule to retreat from the time previously set. The new Borei-class design project was later named Project 955, replacing Project 935.

Calculated from 1996, it will take 12 years to complete the construction of the Borei-class. In February 2008 Yuriy Dolgorukiy was officially rolled out of her shipyard. Eight months later, the nuclear reactor at the heart of the ship began to be activated. Then, seven months after that, in June 2009, Yury Dolgoruiky began undergoing sea trials for more than a year until September 2010. 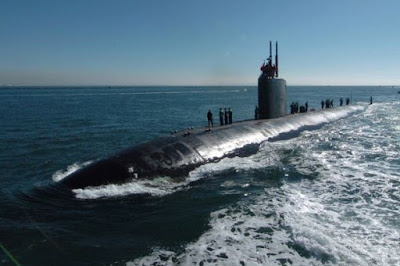 However, that was not even included with the weapons test. The Russian Navy then designed the test until the underwater monster successfully launched its first ballistic missile in June 2011.

After that, Yury Dolgorukiy resumed his shipping tests until early 2012. It was only in mid-2012 that the Russian Government declared that the nuclear submarine was ready to be used.

Yury Dolgoruky is made by applying a hydro-dynamically efficient hull design. The outer hull is coated with antigema (anechoic coating) to reduce the level of acoustic catch (acoustic signature) by the opponent.

With the power it generates, Yury Dolgorukiy is able to go at 15 knots when sailing at sea level and 29 knots for diving speed. For shipping operations, this submarine can survive for 100 days (more than three months) nonstop with an autonomous navigation system.

Choosing the name Yury Dolgoruky for the first Borei-class unit was a bit political. However, it has a positive impact on the development of the ship. In the midst of a budget crisis, the Moscow City Government co-funded the Borei-class project. To note, Yury Dolgorukiy was taken from the name of Prince Yury Dolgoruky (1099-1157) founder of the City of Moscow from the Rurik Dynasty.

Besides being equipped with Bulava missiles, Yury Dolgorukiy which weighs 15,720 tons and weighs 24,000 tons, also features six 533 mm torpedo tubes to launch six RPK-2 Viyuga (SS-N-15) missiles. This missile warhead is similar to a Type 40 or 90R nuclear depth charge torpedo warhead. The RPK-2 missile is capable of crippling enemy submarines at a distance of 45 km with a launch speed of Mach 0.9.

Through Borei-class Russia seems to want to rise again to increase the strength of its marine fleet. Borei-class, which is claimed to be a silent nuclear submarine, has now made four units.

After Yury Dolgoruky, the second Borei-class unit that was created was Aleksandr Nevskiy (K-550). This ship was made starting March 19, 2004, launched on December 6, 2010, and entered the ranks of the Russian Navy service on December 23, 2013.

The fourth unit, Knayz Vladimir (not yet numbered). The ship began construction on July 30, 2012 and was launched on November 17, 2017. Unlike the first three Borei-class units, Knayz Vladimir has even more sophisticated technology and increased carrying capability. Namely, from 16 Bulava missiles to 20 units.

The design of Knayz Vladimir is also more stealthy. To mark this difference the project name was changed to Project 955A.

If the first three units are Borei-class or commonly abbreviated as Borei, then starting from the fourth unit is called Borei-A. The manufacturer states, the design changes to the Borei-A takes two years.

After the fourth unit, the fifth to the eighth unit of Borei-A has also received a name and the laying has been carried out.