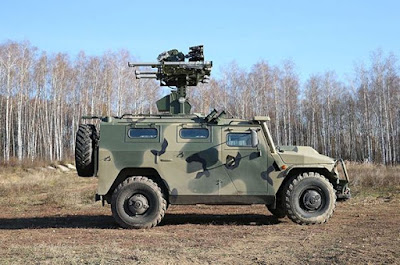 Military Media.net - Russia continues to strengthen their defenses. Most recently, Moscow has just successfully tested Gibka-S, an air defense system whose job is to paralyze unmanned aircraft or drones.

Launching RBTH, Gibka-S is an integration of human portable air defense systems, which are used in combat by infantry, with Tiger armored vehicles.

One Gibka-S platoon consists of up to six combat vehicles with built-in missile launchers, plus surveillance and weapons control vehicles stationed as part of the group's command.

Gibka-S detects enemies in the air at speeds of up to 700 meters per second in a radius of up to 40 kilometers and altitudes up to 10 kilometers. The detection was handled by the complex Garmon electronic optics, which were integrated into the "brain" of the system.

This machine is based on artificial intelligence, which allows it to distinguish targets and non-targets around it separately, lock it up, and then wait for human commands to destroy it.

This weapon can also receive target coordinates from installations and stronger radar centers, and convey all tactical situations on land to human operators. Each Tiger armored vehicle can be fitted with up to four Igla and Verba missile launchers on it.

This system is designed to bring down low-flying aircraft, helicopters and drones with infrared guides that can target targets up to a distance of six kilometers. 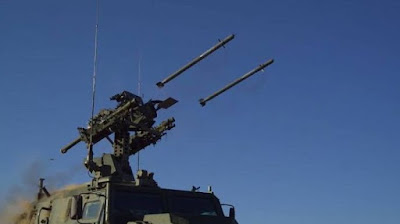 Victor Murakhovsky, a weapons expert who is also the Editor in Chief of the magazine Arsenal of the Fatherland, said air defense systems such as Pantsir-S1, S-400, Tor-M2, Buk, and others were built to destroy warplanes, bombers, cruise missiles, and the like . These weapons are high-cost systems with expensive missiles aimed at crippling other expensive systems.

"Therefore, mobile forces need cheap effective weapons to eliminate the threat of a dozen small drones, which in the next decade will turn into coordinated detachment," he said.

According to him, currently engineers are struggling with artificial intelligence that will be able to simultaneously control and coordinate the attacks of dozens of drones.
Army
russian military