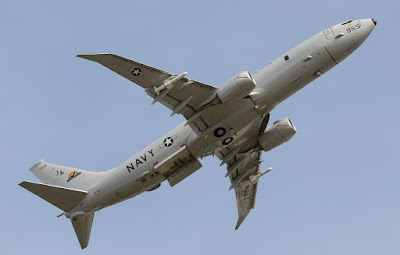 Military media.net - For a long time, the Russian Navy (Navy) is preparing to continue the development of maritime reconnaissance aircraft and anti-submarine capabilities. This new aircraft will be developed from the Tupolev Tu-204 jet base and the Tu-214 variant.

The idea of ​​developing the Tu-204/214 into a patrol aircraft began in the mid-1990s. At that time the Tu-214P (Patrol) won the bid and defeated the A-42, the seaplane alerted by the Beriev design firm. But due to lack of budget, this project was frozen.

As the Airspace Review quoted from the Izvestia report in mid-January, the project with the name Antisubmarine Airborne Complex (PlAK) was lined up to replace the role of the Ilyushin Il-38 reconnaissance aircraft May.

It is known, the Russian Navy currently still relies on 15 aging aircraft powered by the 1960s turboprop. Eight of them have been upgraded to the Il-38N (Novella) version.

But specifically, until now it has still not been decided which variants will be used as the basis, whether the version of Tu-204 or Tu-214.

Please note, the Tu-204 is a passenger plane manned from 160 to 210 passengers (depending on class). The aircraft was produced by the Aviastar-SP factory in Ulyanovsk. The aircraft, which was in the same class as the Boeing 757, flew on January 2, 1989.

While the Tu-214 variant was produced by the Kazan Aircraft Production Association (KAPO) factory in Kazan and flew on March 21, 1996.

The Tu-214 variant itself is indeed a popular basis for the development of Russian military aircraft. For example, the air-saving aircraft Tu-214ON for the TOS (Treaty on Open Skies) mission.

There is also the Tu-214R to carry out electronic warfare missions and the Tu-214SR communication relay role. 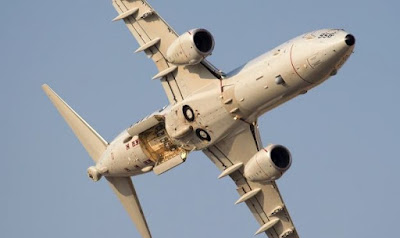 Compared to Il-38N, the Tu-204/214 PIAK has a much better performance. The aircraft is equipped with a pair of turbofan PS-90 engines made by Aviadvigatel with a maximum speed of 900 km / h with flying altitudes up to 12,100 m.

As an illustration, Tu-204/214 PIAK can make non-stop flights from Moscow to Vladivostok. This means that they can patrol for long periods of time and offer comfortable conditions for the crew in their cab.

In addition to being equipped with the latest missionary equipment, especially the opponent nuclear submarine tracking device, the Tu-204/214 PIAK is rumored to have the ability to control a submarine-hunting water vehicle from the sky.

In addition to its rapid detection capability, the Tu-204/214 PIAK is also equipped with a deterrent weapon, both for combing submarines and surface ships. But not yet mentioned the type.

The presence of Tu-204/214 PIAK will certainly be a balanced counterpart for the Boeing P-8 Poseidon (based on Boeing 737-800) from the United States and the Kawasaki P-1 from Japan.
Navy
russian military