US Takes Defense System to Iraq 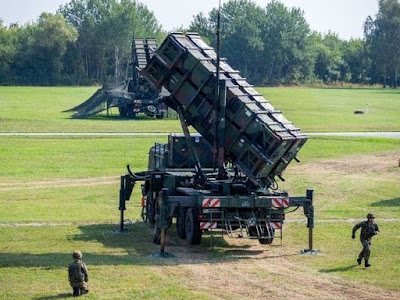 WASHINGTON - Militarymedia.net - The head of the United States Central Command, General Kenneth McKenzie said, Washington was in the process of bringing an air defense system to Iraq to protect American troops.

"We are also in the process of bringing an air defense system, ballistic missile defense system, to Iraq in particular, to protect ourselves against other possible Iranian attacks," McKenzie said in a hearing with the US House Armed Services Committee.

Earlier this year, the Pentagon said it was trying to get permission from Iraq to bring the Patriot missile defense system to the country to better defend US forces after the Iranian missile attack on January 8.

During the hearing, McKenzie placed Iran as the main US concern in the CENTCOM operations area, which includes the Middle East, Afghanistan and Pakistan.

"Our presence sends a clear signal about our ability and our desire to defend our partners and national interests," McKenzie said.

"Going forward, CENTCOM's goal is to form troops in regions with operational depth to achieve preventive conditions that are consistent with Iran and can adapt to Iran's future threats.

Iran fired ballistic missiles at Ain al-Asad base in western Iraq on January 7-8 to retaliate for a US drone strike that killed Iranian general Qasem Soleimani while he was in Baghdad. This attack left hundreds of US soldiers traumatic brain injuries.
Iran's Military
US Military