Home russian military Turkish military US Military US: As long as Turkey has S-400, there will be no Patriot Missile Delivery

US: As long as Turkey has S-400, there will be no Patriot Missile Delivery 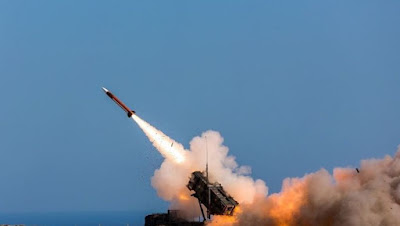 "Turkey will not accept Patriot missiles unless they return the S-400," US Defense Ministry spokesman Jonathan Hoffman said in a statement.

Washington had previously said it was willing to provide ammunition to Turkey for its military operations on Idlib and was evaluating Turkey's request for the Patriot missile system in the context of the S-400 problem.

As is known, earlier this month, Turkish Foreign Minister Mevlut Cavusoglu called on the United States to deploy the Patriot anti-aircraft missile system in the country. He insisted that Turkey needed the support of its NATO allies amid the crisis in Idlib, Syria.

Turkish President, Recep Tayyep Erdogan said earlier this week, the US attitude had softened related to the potential sales of the Patriot missile defense system.

"We made this offer to the United States with a Patriot: If you are going to give us a Patriot, then do it. We can also buy Patriots from you. They also softened significantly on the S-400 problem, "
russian military
Turkish military
US Military