Buk-M3 will be displayed at the Russian Victory Day parade 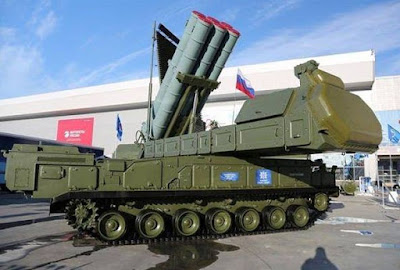 Militarymedia.net - Moscow - The latest Buk-M3 "Viking" mid-range air defense system will be displayed at the Russian Victory Day parade on 9 May.

There will be at least four Buk-M3 units and four Tor-M2 units that will be displayed in the parade at the Moscow Red Square.

"Four Buk-M3 land-to-air missile systems and four Tor-M2 anti-aircraft missile launchers will be shown to the public in a parade of mechanical combat vehicles," explained the Russian Ministry of Defense on Monday (3/16).

Added, S-300V4 will also be included the first time in the parade. 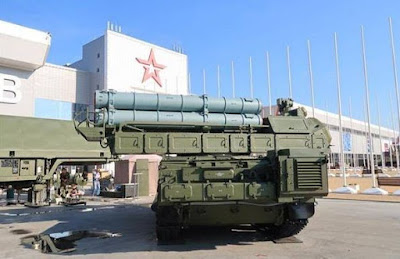 Then do not miss the main battle tanks T-90M Proryv, Armata, Kurganet-25 IFV, and so on.

Earlier, Russian Defense Minister Sergei Shoigu said 225 weapons systems would take part in the 2020 Victory Day parade. As many as 24 of them were inaugural performers at this annual event.

This year, on May 9, 2020, Russia (then the Soviet Union) will commemorate the 75th anniversary of Victory Day in the Great Patriotic War against Nazi Germany. The war took place in the period 1941-1945.
Army
russian military