5 Reasons Why US Military Carriers Are Difficult to Conquer 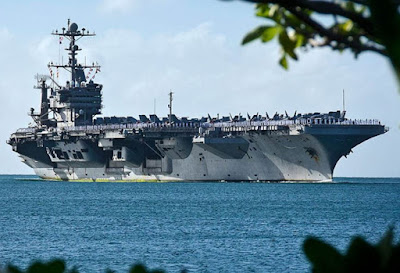 Military Media.Net : Many military experts have criticized the United States military for relying on aircraft carriers as its primary weapon in combat for reasons of vulnerability and vulnerability.

In fact, the US aircraft carrier is almost impossible to defeat the enemy.

Aircraft carriers with large, nuclear-powered decks are a distinctive expression of United States military might. No other combat system available to US fighters is nearly capable of delivering so many intensive blows for months at a time without the need for a ground base near the action.

Therefore, the ten aircraft carriers in the fleet are currently in constant demand by the area commander, to such an extent that an extended overseas service period has become the norm.

Nobody really doubts the utility of the large deck carriers. No one is able to function like them. The United States is the only country that operates a fleet large enough to continue deploying three or more aircraft carriers at all times.

However, two issues have surfaced repeatedly since the end of the Cold War, which have led at least some observers to question why aircraft carriers are the centerpiece of the US naval fleet. Some of the concerns include their price tag and their vulnerability to attack.

The cost issue is just a rumor. Aircraft carriers spend only a fraction of a percent of the United States federal budget building, operating, and maintaining all US Navy aircraft carriers. none offered a credible alternative to achieving America's military objectives in the absence of an aircraft carrier.

Critics say the aircraft carrier is more expensive than it seems because an accurate count would include the cost of the escort, but the truth is the Navy needs more warships if it has to fight a conflict without an aircraft carrier.

The vulnerability problem is more difficult to solve because it places 5,000 sailors and six dozen high-performance aircraft on a $ 10 billion warship, creating what military experts call a "very lucrative" target.

Defeating a single US aircraft carrier would be a major feat for America's enemies and a major setback for the American military. However, the chances of the enemy actually achieving that success without the use of nuclear weapons are nearly zero. That's not going to happen and here are five main reasons, according to Loren B. Thompson's presentation in The National Interest. 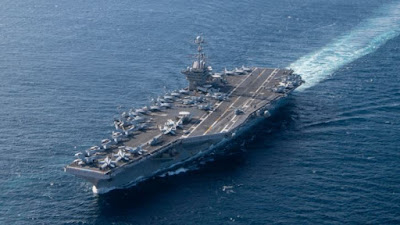 The Nimitz class carriers of the kind that dominate the fleet today, like the Ford class carriers that will replace them, are the largest warships ever built. They have 25 decks 76.2 meters high and a displacement of 100,000 tons.

With hundreds of watertight compartments and thousands of tons of armor, no conventional torpedoes or mines are likely to cause serious damage. The ship continues to move when deployed at up to 56.3 kilometers per hour, which is fast enough to exceed the speed of a submarine, making it difficult to find and track. 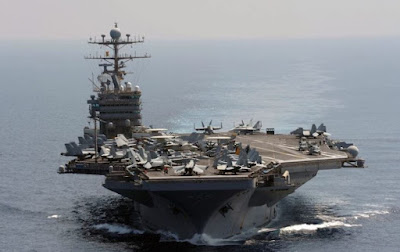 US carriers are equipped with extensive active and passive defenses to defeat threats such as low-flying cruise missiles and enemy submarines. These defenses include an array of high-performance sensors, radar-guided missiles and a 20mm Gatling gun that fires 50 rounds per second.

An aircraft carrier air squadron of more than 60 aircraft includes a squadron of long-range early warning radar aircraft that can detect approaching threats (including radar periscopes) and helicopters equipped for anti-submarine, anti-ship and counter-mine combat. All ship defense sensors and weapons are networked together through the command center on board for coordinated action against the enemy.

3. AIRCRAFT CARRIER DOES NOT OPERATE ONLY

Aircraft carriers are typically deployed as part of a “warship fleet (CSG)” which includes many guided missile warships equipped with the Aegis combat system. Aegis is the most advanced air and missile defense system in the world, capable of defeating any potential air threat including ballistic missiles.

It relates to other offensive and defensive systems onboard US warships that can defeat submarines, warships, and floating mines, or strike enemy sensors needed to guide missile strikes.

In combination with aircraft carrier air squadrons, these warships can rapidly deploy enemy systems used to track a fleet of warships. Warship fleets often include one or more stealth combat submarines capable of defeating underwater and surface threats. 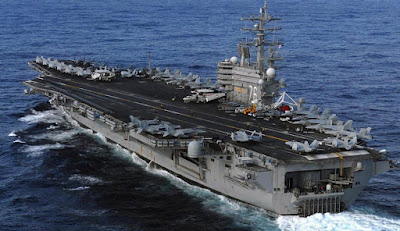 Although US carriers are protected by the most powerful and multi-layered defensive shield ever created, they take no risk when deployed near potential adversaries. Their operational tactics have evolved to minimize risk while still delivering offensive blows which is the main reason they exist.

For example, aircraft carriers will generally not operate in areas where mines may be laid, until the area has been thoroughly cleared. Aircraft carriers will tend to remain in the open ocean rather than enter closed water areas, where oncoming threats are difficult to sort out from other local traffic.

The aircraft carrier will keep moving to make targeting challenges more difficult for the enemy. The carrier will also use links to other shared assets from the seabed to low-earth orbit to achieve detailed situational awareness. 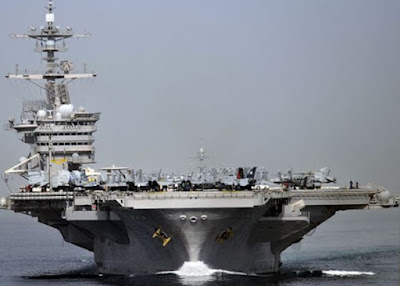 Despite much speculation about emerging threats to aircraft carriers, the US Navy is investing heavily in new offensive and defensive technology aimed at countering such dangers. The most important advance in recent years has been the unification of all marine assets in a region so that sensors and weapons can be used to maximum effect.

Bottom line on aircraft carrier survivability, only a handful of countries can credibly pose a threat to the United States' most valuable warship. If they didn't use nuclear weapons, none of them would sink American carriers, Loren B. Thompson said.

Although the US Navy has shifted tactics to counter China's growing proliferation of anti-ship missiles and military power in the Western Pacific, large deck carriers remain one of the safest and most useful combat systems in America's arsenal.

With the limitless range and flexibility that nuclear power provides, there is very little place an aircraft carrier cannot go to uphold US interests. At the current level of the US Navy's investment in new warfare technology, American aircraft carrier prominence is likely to prevail for decades to come, concluded Loren B. Thompson.
Navy
US Military