Home Air Force US Military Continued to be operated until 2050, the US Air Force proposes to replace the B-52 strategic bomber

Continued to be operated until 2050, the US Air Force proposes to replace the B-52 strategic bomber 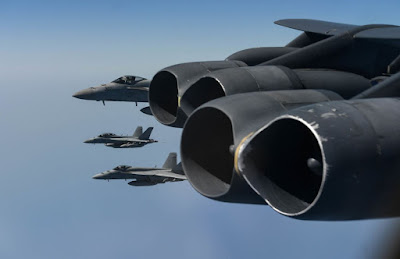 militarymedia.net - In the world there are two long-range strategic bombers which are relatively the same age, but still exist in various variants today. Namely the Tupolev Tu-16, which later became the Xian H-6, the Tu-16, flew for the first time on April 27, 1952. Meanwhile the Boeing B-52 Stratofortress "BUFF" (Big Ugly Fat Fucker) flew for the first time on April 15, 1952. And of the two, it is clear that the most famous and predicated full battle proven is the B-52.

If measured in terms of age, in 2020, the age of B-52 has reached 68 years. And the great thing is, the B-52 is still relied on by the US Air Force, for example in bombing operations in the Gulf War and Afghanistan, including when the US tension with China and North Korea increased, the B-52 fleet was even alerted at Lanu Andersen, Guam. Maybe this will come as a surprise again, that the B-52 will still be operated by the US until 2050. That means the debut of the B-52 family will be close to 100 years in the air.

The news that  will continue to fly the B-52 for a long time, it is said that the US Air Force has submitted a request to the Department of Defense for the replacement of the B-52 engine. For information, each B-52 aircraft consists of eight engines. Since the early 60's, the B-52 is still using the Pratt & Whitney TF33-PW-103 engine type. TF33-PW-103 itself is a military variant of the JT3D engine used on the Boeing 707 and Douglas DC-8 commercial jets.

In a statement, the US Air Force wants to replace the turbine engine, and it is hoped that with the new engine, the B-52 will still be operational until 2050. The number of engines required by the US Air Force for this upgrade project reaches 608 engines. The procurement contract is expected to be concluded in May 2021, with delivery times gradually spanning 17 years.

Ahead of the contract target in May 2021, a number of engine manufacturers are currently competing to supply engines for the B-52. GE Aviation, Pratt & Whitney and Rolls-Royce have expressed interest in making bids for this program. 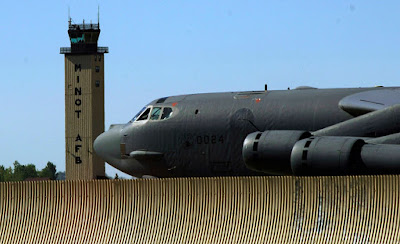 The US Air Force wanted replacement engines that were the same size, thrust and weight as compared to the powerplants in currently used engines, each producing 17,000 pounds or (75.7 kN) of thrust.

The US Air Force required a modern turbofan engine with a higher bypass ratio and a digital engine control system. In addition, the new engine must be able to reduce fuel consumption, noise, emissions and operating costs. With the TF33-PW-103 engine, the B-52H currently has a range of 7,650 nutical miles (14,200 km), with the new engine expected to increase the range of the aircraft by 20 to 40 percent.
Air Force
US Military