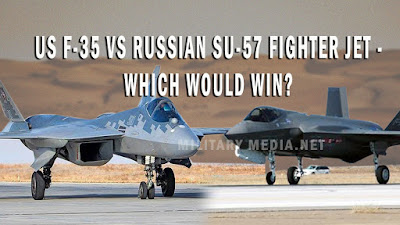 militarymedia.net - In an exclusive interview with RT, Russian military pilots named the Su-57 as the only fifth-generation multi-function fighter capable of deploying missiles at any speed and altitude. That cannot be done by the F-35 Lightning II.

"A lot of information about the Su-57 is strictly confidential. However, I can say that there are no restrictions on the operation of the aircraft and the use of its combat features in a wide range of speed and altitude," said Deputy Commander of the 'Strizhi' stunt team in 2001-2006, the pilot. Vladlen Russanov's first class military. 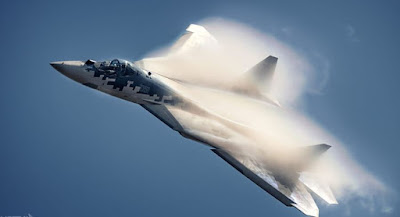 The United States (US) media Defense News recently reported, when flying at supersonic speeds at very high altitudes, the F-35 fighter aircraft (more precisely versions B and C) have serious problems, including destroying the tail antenna and steel frame. aircraft, as well as destroying the radar wave-absorbing layer.

"The Americans have not succeeded in making their aircraft capable of accelerating at speeds higher than Mach 1.4 and able to fly steadily at such speeds - which is essential in carrying out combat missions. The Russian Su-57 undoubtedly has a significant advantage over the F-. 35 America, "Russanov explained.

The pilot pointed out that the American aircraft speed limit did not fit the dominant concept of air combat today. This involves detecting and attacking enemies from a distance, as well as the ability to evade the enemy missile range zones. Speed ​​quality is one of the key factors for such success, allowing the aircraft to reach target detection lines and missile launches, as well as perform defensive maneuvers. The Su-57 is capable of performing such tasks, more efficiently than the F-35. 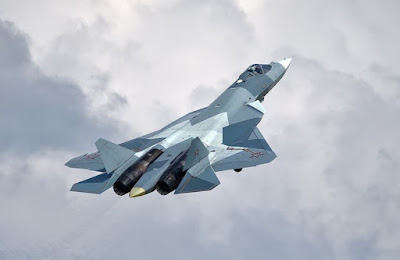 According to Russanov, the meeting of the two planes at close range must be taken into account, even if such a scenario is not possible. Simply put, the quality of today's missile weapons, aircraft electronic (avionics) systems, and electronic warfare has significantly reduced the likelihood of entering classic air combat.

Another advantage of the Su-57 is that it can carry a heavier combat load than the F-35. Russian aircraft can lift 10 tons of ammunition into the air, while the F-35 can only carry up to 8 tons.

In addition, Russanov also said, the use of missile weapons on the Su-57 was difficult for the enemy to detect. This is the result of the aircraft-specific geometric construction and composite materials used, especially in the aircraft parts where short-range missiles are located. Meanwhile, medium and long-range missiles are launched with a special launcher. 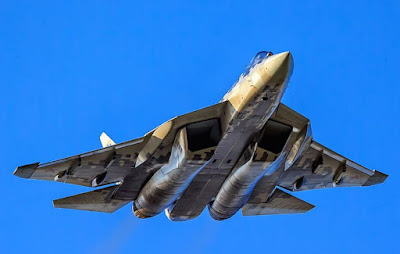 "The outstanding advantage of the Su-57 is a wider search angle than an aerial radar station. This allows for a safer use of the missile, which is equipped with a standalone warhead," Russanov said.

According to him, the Su-57 pilot is obliged to direct the missile towards the enemy with the help of a radar beam. In this condition, however, the aircraft will lose the ability to perform any maneuvers. The pilot must also guide the missile towards the target. However, its advanced radar allows diversion of the missile's firing line to several tens of degrees from its original firing line. Russanov said the F-35 did not have such a capability. The F-35 must remain in one position the entire time the firing is in progress, and can only change position once the missile hits the target.

Operation of the F-35 is Unsafe

In late April, Defense News quoted a statement by the central information service coordinating the F-35 development program under the jurisdiction of the Pentagon, as saying that the maximum time allowed for the F-35's high-forward flight had been reduced. The reason is damage to the elements of the tail at high speed. The US Department of Defense is said to have refused to send the F-35 to undergo modifications, preferring to reduce its operational characteristics. 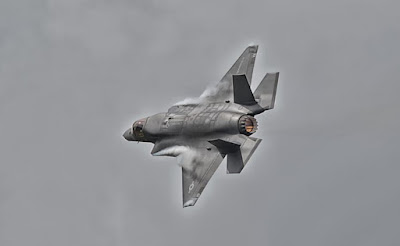 "Operating the F-35 at supersonic speeds is unsafe for the pilot, as it has the potential to cause mechanical damage. However, I would like to emphasize, although this flaw was discovered much earlier, even while the aircraft was being built, it was not eliminated," explained the flight instructor. and the master of sports for jet aerobatics, Air Force Major Andrei Krasnoperov, to RT.

According to him, the issue was ignored by the US defense industry and the Pentagon because of the rush to demonstrate the power and "absolute technological superiority" of American aviation to the rest of the world and Russia.

"The concept of the F-35 involves a mission to fly and conduct combat at supersonic speed which includes target detection, interception, attack and return quickly to a safe location. However, there is great doubt that this American aircraft can do it," said Krasnoperov.

The flight instructor concluded that by correcting the operational parameters of the F-35, the US Department of Defense was trying to avoid admitting defacto the many faults the project faced. The Pentagon wants to protect Lockheed Martin (America's global aerospace, defense and technology company), whose newest (and overpriced) product clearly does not meet the standards of a fifth-generation fighter.

Respected Russian pilot Major General Vladimir Popov told RT in an interview that the F-35 does have significant drawbacks to the Su-57, including in terms of speed. At the same time, Popov was convinced that American aircraft had many of the advantages needed in combat, especially in terms of avionics and radiation-absorbing materials.

"We and the US have different aircraft design schools and a general view of aviation development. Russia is very fortunate in its maneuverability and speed, while the main focus of the US is on sophisticated equipment and low visibility. In this case, the US achieved significant success. "But the quality of the Su-57's equipment and materials is not inferior to him either," Popov said.

According to him, it is too early to draw any conclusions about the success of America's fifth-generation aircraft program. However, based on the information available, Popov believes that the Su-57 looks more preferable than the F-35. 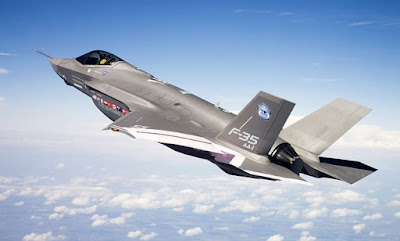 A similar view was shared by the founder of the Russian Military portal Dmitry Kornev. He believes that the combat potential of the Su-57 and F-35 has not been revealed. As far as he knows, the Su-57 is still using the fourth generation aircraft engine AL-41F1, while the newest engine ("product 30") is still in the process of being tested.

Kornev assessed that Western warplanes lack reliability and software, which form the basis of the fighter's electronic components.

"Who is stronger always determines the real battle. However, let's hope that the duel between the Su-57 and the F-35 will only take place in the form of a mathematical simulation. Both are technologically advanced aircraft. The main advantage of the Russian fighter lies in its age. However, our designers and military have clearly taken into account the mistakes America has made. In doing so, the potential for errors can be reduced to a minimum, "explained Kornev.

According to Kornev, the F-35 project is a victim of the US 'insatiable desire to build a unique fighter that puts forward the best technological achievements. However, the Americans underestimated the complexity of this task and made mistakes in planning the resources needed for project implementation.

"Due to the need to continue to refine and perfect these aircraft, America is thwarting the supply of F-35s to its troops. It is not clear which way this is going: should invest in modernizing these aircraft, modernizing fourth generation aircraft, or starting to develop a fighter that is truly a fighter. new?" Kornev said.

Kornev concluded that Russian experts saw the situation more wisely and succeeded in building the fighter when the key qualities were much more balanced, which in turn resulted in increased combat efficiency.
Air Force
russian military
US Military