Requirements to become an elite member of the US Marine Corps 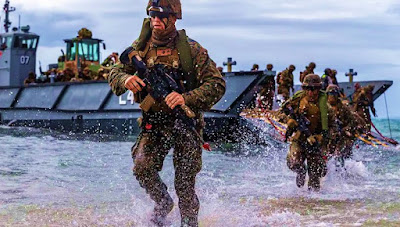 militarymedia.net - Members of the United States Marine Corps (US Marine Corps) are known to be tough. The corps was originally founded in 1775, their resilience was evident when the US launched operations against the Japanese Empire during World War II. In the Pacific, the Marine Corps define themselves as an elite American force on standby, an ethos that continues to this day.

Simply put, the Marine Corps consider themselves the best of the best. Thanks to this belief, the Marine Corps has traditionally avoided the term special forces: if all Marines are elite, then what's the point of calling some Marines more elite than others?

However, some of the best members of the Marine Corps are in Force Reconnaissance, a special force capable of conducting operations with a mission profile comparable to that of the Green Berets or Navy SEALS.

Selection for Force Reconnaissance and training courses were rigorous. Thanks to the amphibious nature of the Marine Corps, the selection includes swimming, underwater activities and other physical fitness tests. The percentage of Marine Corps selection failures is so high, more than 50 percent of the candidates who enter the Force Reconnaissance selection don't survive and leave. Of those who did not pass the selection, half failed for medical reasons. The other half, nearly a quarter of all candidates, voluntarily opted out.

This high failure rate of selection is a testament to how difficult the physical and mental aspects of Force Reconnaissance selection are. However, it also sparked frustration, and loss, for the Marine Corps. The Marine Corps has a desire to maximize the number of Marines passing selection, without reducing their fitness standards or making the course easier. If they could predict who was likely to fail or pass before the Force Reconnaissance election, training would be more efficient. 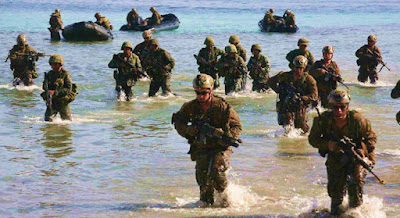 Leslie Saxon, professor of clinical medicine at the Keck School of Medicine conducted a study to determine why so many Marine Corps candidates dropped out. His study "seeks to continuously measure the mental and physical status of trainees from the elite military unit of the United States Marine Corps (Force Reconnaissance) to identify new predictors of success or failure in successive training classes conducted on land and in water." The results of this study are very interesting.

To monitor a candidate's physical performance, they are given an iPhone and an Apple Watch that monitors their heart rate, how far they move, how long they sleep, what nutrients they get, and various other measurable factors that can impact Force Reconnaissance selection.

Most candidates drop out on, or even before, day seven of selection. Interestingly, the study concluded, "No physical training, such as climbing or water training, or measurements of heart rate, hydration, nutrition, and sleep duration, had any effect on completion of selection."

Using the data collected by this study, a candidate's chances of passing can be predicted with 70 percent accuracy. What makes them different from their friends who didn't graduate? Extroverted traits and other personality traits have a positive effect on this.