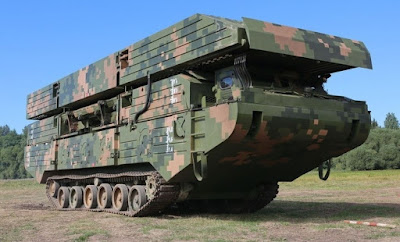 Militarymedia.net - China's reverse engineering has been dominant in the lines of hand-held weapons, missiles, tanks / armored vehicles, fighter jets to cannons / cannons. Meanwhile, the achievements in the combat assistance line are rarely heard or minimally reviewed by the media. But make no mistake, it turns out that the champion manufacturer of China North Industries Corporation (Norinco) actually has a product for the combat engineering unit (Zipur), namely an amphibious pontoon vehicle with a tracked self-propelled (SP) pontoon bridge system.

As recently shown, his figure on js7tv.cn broadcast via China Central Television 7 (CCTV 7) is romantic GZM003. Rantis with this KAPA PTS-10 admiral tongkrongan Marine Corps, made in China on the basis of the PMM-2M design from the Soviet Union (Ukrainian production) by Waggonbau Krjukow manufacturer. Once upon a time, after the collapse of the Soviet Union, manufacturing was restructured and from producing weapons, production was then directed towards manufacturing commercial vehicles. 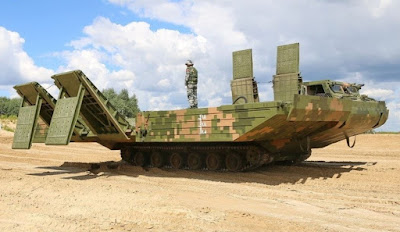 It was not until 1993 that China expressed interest in acquiring two PMM-2M units from Ukraine. In the purchase package, China also received a training and repair package from the Ukrainian side.
Whether it was licensed or illegally reverse engineered, the PMM-2M was later reconstructed for the needs of the Chinese Army. And as expected, in the hands of Norinco, this pontoon rantis was later produced under the label GZM003. And the great thing is, Norinco is staying up on the GZM003 for the export market.

GZM003 is based on a chain chassis made in China with six rollers. In a lined configuration, the two hinged GZM003 can be folded on top of each other. Multiple GZM003 can operate in pairs or individually. This rantis is propelled in the water using two electrically operated propellers and accelerates to a maximum speed of 10 km per hour. 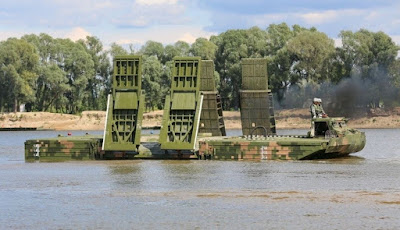 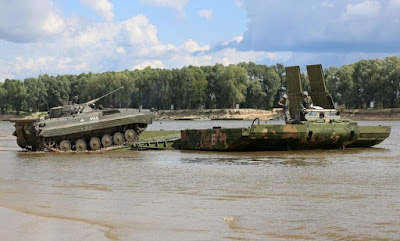 GZM003 is operated by three personnel, using diesel engine power, the maximum speed when traveling on the ground is 55 km per hour. While the operating range is up to 500 km. Overall, the combat weight of the GZM003 is up to 43 tons.
Chinese military
Navy