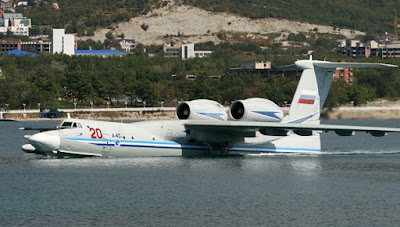 Moscow, - The Russian Ministry of Defense is ordering the largest jet engine seaplane in the world, Beriev A-42, to be used by the Russian Navy.

To note, this aircraft, dubbed Albatros, was stopped in 1993, two years after the Soviet Union collapsed.

At that time the aircraft was still wearing the A-40 code and only one flying prototype unit was produced. While one other unit is still 70 percent workmanship.

Initially the A-40 aircraft project was developed to simultaneously replace two types of aging Russian Navy maritime reconnaissance aircraft, namely the Se-12 and Il-38 seaplanes based on land. 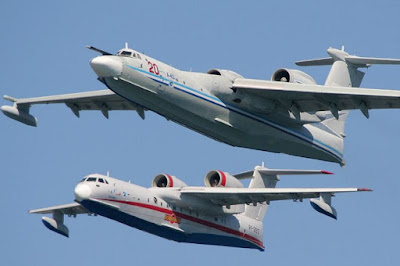 The A-42 reborn project has not changed design. However, the aircraft will be equipped with the latest universal battle features where the aircraft can detect and track nuclear submarines.

Projection of weapons to be carried in the belly of the A-42 includes three Orlan (Sea Eagle) torpedoes and six Korshun missiles (Kite).

Another A-42 is mined, deep charge and sonobuoys. While on each wing can be hung an anti-ship missile Kh-35

In addition to the ASW role, this seaplane can also be relied upon in search and rescue operations (SAR) in the vast ocean. A-42 staying can land at sea with waves as high as 2 m.

As a driving force, the aircraft dubbed NATO as Mermaid uses a pair of Soloviev D-30KPV turbofan engines, each with 117.7 kN thrust.

The A-42 generation project from its long sleep is basically to replace the role of a maritime reconnaissance / SAR aircraft, the Be-12PS turboprop engine.

Reportedly, the Russian Navy still has a dozen planes nicknamed this Chayka. Six of them have been upgraded mission systems.

Reporting from the daily Izvestia, an upgraded version of Be-12PS will be submitted later this year. Rangga Baswara Sawiyya
russian military