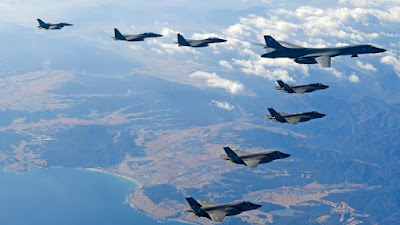 United States, - Although the United States is developing the latest Northrop Grumman B-21 Raider stealth bomber, the existence of old strategic bombers is not necessarily abandoned.

After the Boeing B-52H bomber extended its service life to 2050, now the empowerment of the B-1B Lancer strategic bomber is also likely to be increased.

The bombers development plan was first revealed to the public by the Drive and military website.

It was mentioned, the idea to use the B-1B as a sophisticated bomber platform was sparked during a visit by the US Air Force's Global Beating Command with a number of industrial partners to Edwards Air Force Base in California some time ago.

Technically, the B-1B bomber has qualified specifications for carrying external loads on its wings and in its long bomb bay. A variety of sophisticated munitions can be integrated, including the use of hypersonic missiles as mentioned. 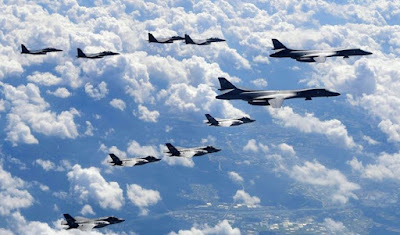 He explained, currently the B-1B bomb bay capacity can accommodate 24 weapon units. This number will increase to 40 weaponry units by creating weapons hangers on the wings of the bombers made by Rockwell International, which is now part of this Boeing.

With eight hangers on the wing and a moveable bulkhead, it was shown that the B-1B can also carry hypersonic missile mock-ups that are integrated in conventional rotary launchers (CRL), such as the CRL used on the B-52H.

Besides this weapon, AGM-158 JASSM long-range air-launching missile airships are also displayed attached to the weapon hanger under the body of the B-1B.

However explained, what was shown on this occasion has not become a permanent modification. Everything can still be adjusted to the needs of the B-1B bombing targets.

What is clear, this effort was carried out by the US Air Force in order to improve capabilities and make the Lancer one of the most recognized strategic bombers. Roni Sontani 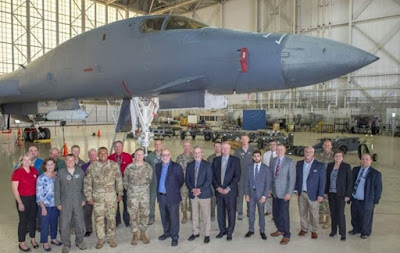