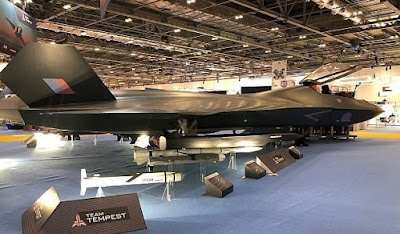 Not only in the form of aircraft mock-ups, but this time Tempest was also accompanied by types of weapons made by MBDA that would provide them later on the assignment field.

Among the MBDA-made weapons on display were micro land attack missiles. Ground Attack Micro-missiles were developed as Tempest weapons when carrying out close air support (CAS). With this mini-sized missile, the quality of Tempest attacks is expected to be very lethal.

Quoted from the MBDA website, along with Leonardo and BAE Systems, currently MBDA is developing the concept of Hard Kill Defensive Aid System (HK-DAS) weapons that can track, target and intercept the missiles and the environment that threatens them.

Beyond the exhibits, MBDA has also developed a PYRAMID open mission system that can support a ground-based air defense and control system (GBAD). This system will assist Tempest in carrying out its air mission.

Then, an intelligence, observation and reconnaissance (ISR) system was developed in collaboration with BAE Systems and Leonardo to complete the Tempest warfare.

Meanwhile, from the same event reported by Defense News, Italy has stated its intention to join the Team Tempest project led by BAE Systems. Italy became the third country after Sweden signed its participation in the program earlier this summer.

The British proclaimed, Tempest stealth jet which will be made in a manned and unmanned version can be operated in 2040. This aircraft will replace the role of Eurofighter Typhoon in the ranks of the British Royal Air Force (RAF).

Sweden considers it very important to participate in the development of Team Tempest with England. CEO Saab Håkan Buskhe said in July that the participation of the Swedish aerospace industry in this project was beneficial for Saab in developing their latest fighter, Gripen E.

He explained, Gripen E was not just a physical combat aircraft. The advantages of this aircraft, among them is because 75% of it lies in the software. That is why, Saab dubbed Gripen as the Smart Fighter. 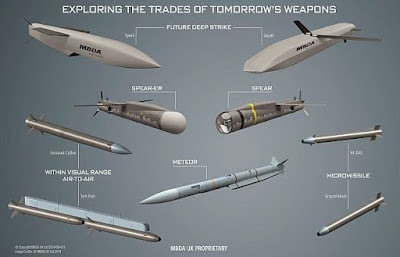 As is known, stealth fighter jets are predicted to become the dominant air power starting in the 2030s and simultaneously replace the era of fourth generation combatants.

Developed countries continue to compete in giving birth to the best stealth jets to rival the presence of fifth generation combatants such as the F-22, F-35, Su-57, J-20, and FC-31.

France, Germany, and Spain are also developing a platform similar to the name Future Combat Air Systems (FCAS) as a replacement for Rafale and Typhoon
British military