Area Fact 51, Secret Place for the US Military 'Alien Nest'

Area 51- back of the crowd was 'invaded' by the people and became a discussion. Conspiracy theories often associate this location with space events such as the landing site of the UFO (Unidentified Flying Object) to the place of aliens.

Located near the Groom Lake area, southern Nevada, United States, Area 51 is a facility owned by the US Air Force within the Nevada Test and Training Range. This area has a number of pseudonyms such as Detachment 3, Dreamland, Watertown Strip, to Paradise Ranch.

The popularity of Area 51 then became the talk after saving a conspiracy related to the existence of extraterrestrials.

Area 51 as an 'alien lair' has actually been developing since 1947. At that time an aircraft thought to have originated from space crashed in Roswell, New Mexico. 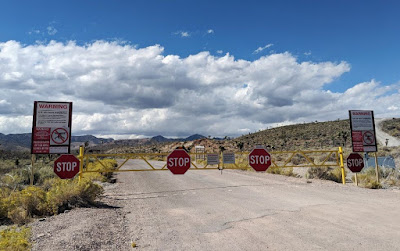 This theory continues to develop after Bob Lazar in an interview in 1989 said that Area 51 was made to capture and study alien craft.

This news then came back through an invitation titled 'Storm Area 51, They Can't Stop All of US' by two Dutch citizens who had been signed by more than 300 thousand Facebook users.

These supporters then invited people from all over the world to 'invade' Area 51 with Naruto Run, a running style inspired by Naruto's Japanese manga story. Written in the invitation 'attack action' will be carried out on September 20, 2019.

Although it did not happen, Ties Granzier and Govert Charles Wilhelmus Jacob Sweep were later secured by the Nevada National Security Service, USA.

Annie Jacobsen, author of 'Area 51: An Uncensored History of America's Top Secret Military Base' said the secret area is where all elements of the US Department of Defense work, especially those related to intelligence.

Jacobsen also said Area 51 had an important role in U-2 spy aircraft technology that was capable of flying up to 70 thousand feet at speeds of 804 km per hour.

"We would not have the kind of extraordinary overhead espionage technology that we have today without the presence of Area 51," he explained when interviewed by Vox.

He said that Area 51 works for Reverse Engineering, which is the process of rebuilding an existing engineering model.

"The task of the military intelligence community is to create a weapons system and surveillance platform that no one can think of."

"They will not do their work if we can imagine well what they are doing."

Questioning the truth of the circulating conspiracy theories, Jacobsen said his role was only to keep the true purpose of the US Air Force's facilities obscured from the general public.
US Military