MOSCOW - The Moscow military is testing a Khon 35 subsonic cruise missile from a Uran missile system installed on a ship belonging to Russia's Pacific Fleet. The weapon tested in the Sea of ​​Japan is a scourge for Western military ships.

The Russian Ministry of Defense reported by the TASS News Agency, said the cruise missiles were fired at sea targets. "The Kh-35 cruise missile managed to reach a floating surface target at a distance of more than 50 kilometers. About 10 warships and additional ships, as well as aircraft from the Pacific Fleet fleet, were involved in the tests," the ministry said without specifying weapons test dates. the.

Previously, the repair and modernization of the Smerch small missile ship took place at the JSC North Eastern Repair Center in Kamchatka as well as the Dalzavod ship repair center in Vladivostok. During that time period, Smerch was rearmed with the Uran anti-cruise missile system, which replaced the Malakhit missile system. 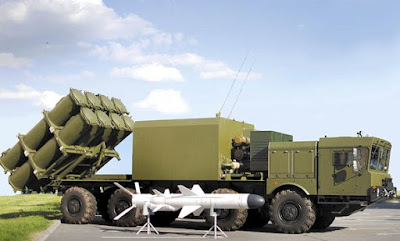 Tensions between the West and Russia have been at the forefront since US President Donald Trump withdrew the US from a nuclear agreement known as the Mid-Term Nuclear Forces Agreement (INF). Tensions are also heating up in the Middle East as it was revealed on Thursday that Russia will expand the Khmeimim airbase in Syria.

Moscow is expanding its military capabilities in Syria and rebuilding a second landing pad to enable the facility to serve more aircraft. Shoigu said the Russian military was in Syria to defend its people.

"The US is spending a lot of money on private military contractors, on aircraft carriers. Now, does Russia really need five to ten aircraft carrier attacks, considering we have no intention of attacking anyone ?," he said.
russian military
US Military