MOSCOW - Russian President Vladimir Putin said the next generation of weapons will be able to build a global balance in the world for the foreseeable future. This was stated by Putin when attending the Russian Nuclear Industry Workers' Day.

Putin said, one of the achievements of researchers, special Russian researchers, succeeded in developing weapons that could produce a balance of global strategy.

"I want to show what happens in the next generation. What I mean is global?" Said Putin, as reported by Tass on Wednesday (9/25). 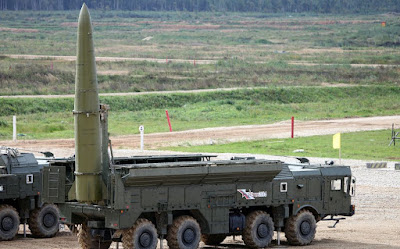 "Finalizing the construction of the world's first nuclear power plant, which significantly contributed to the development of digitalization, applied and basic scientific knowledge," he said.
russian military