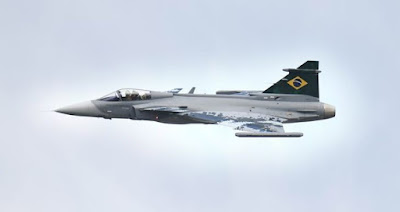 Marked a ceremony in Linköping, Sweden on September 10, 2019, Brazil's first Gripen E was sent to begin the flight test program.

Initially the flight test will be carried out in Sweden and at the end of 2020, the aircraft will be sent to Brazil to continue a number of tests in that country.

It was only in 2021, sending 36 Gripen aircraft will be carried out in stages.

"Together with the Brazilian industry, I am proud to be part of building a long-term strategic partnership with Brazil and the Brazilian Air Force. With Gripen, Brazil will have one of the most advanced fighter aircraft in the world and the technology transfer program will enable Brazil to develop, produce and maintain this aircraft, "said Håkan Buskhe, President and CEO of Saab.

The Brazil and Saab partnership began in 2014 with a giant contract for 36 Gripen E / F and related systems.

Saab is encouraging the development of the local aeronautics industry through its national partners in the Gripen Brazil program, which includes the transfer of comprehensive technology programs that will be sent for approximately ten years.

Brazilian Gripen E / F warplanes were developed and produced with the participation of Brazilian technicians and engineers.

This integration is part of technology transfer which aims to provide the practical knowledge needed to carry out the same activities in Brazil.

Starting in 2021, a complete assembly of 15 aircraft will begin in Brazil.

Gripen E is built on the design of the previous version. Gripen is a modern fighter aircraft with a balanced design that is equipped with all the features needed from a multirole fighter.

The Brazilian Air Force gave its own name to JAS-39 Gripen namely F-39.

Previously the Saab JAS-39 Gripen E's first fighter plane, which was made according to Brazilian orders and coded 39-6001, successfully carried out its inaugural flight on 26 August 2019

The flight takes place at noon at 02.41 with test pilot Richard Ljungberg taking off from Linköping, Sweden.

The flight is carried out for 65 minutes by testing a number of parameters including ensuring basic handling and flight quality at different speeds and altitudes. Beny Adrian 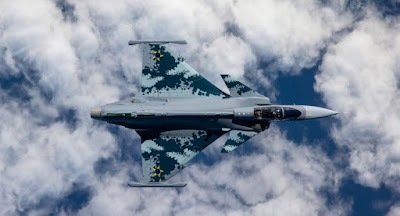 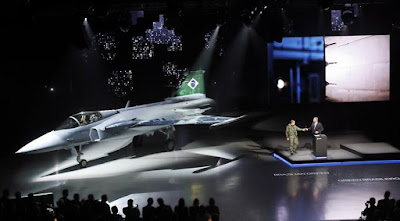