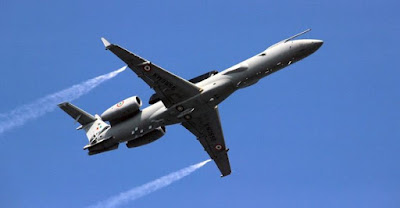 The AEW & C system was sent to the Bhatinda Air Force Station in the State of Punjab near the Indian border with Pakistan.

The system was installed on the Embraer EMB-145 aircraft made in Brazil by the Center for Airborne Systems (CABS) DRDO in Bangalore.

The AEW & C Netra system provides 240 degrees coverage and a surveillance range between 250 km and 375 km.

The first Netra system was sent to the Indian Air Force during the 2017 Aero India in Bangalore. At that time DRDO said that a second system would be delivered in the same year.

However, the DRDO source explained that the handover was postponed about two years after demands from the Indian Air Force for modification and enhancement of capabilities at Netra.

The Indian Air Force official said that it was using the only Netra platform in addition to the Mirage 2000H fighter that bombed an Islamic militant training center in northwest Pakistan at the end of February.

This attack was in response to a bomb attack that killed 40 Indian paramilitaries in Kashmir two weeks earlier.

With the ability to refuel in the air to increase operational durability for five hours, the EMB-145 self-protection package includes a missile approach warning and radar warning receiver.