Poland, - Poland at the beginning of the year had decided to purchase the F-35A Lightning II stealth fighter jet from the United States as a replacement for the Soviet Union (Russia) MiG-29 and Su-22 fleets. A total of 32 units (two squadrons) of this fifth generation fighter will soon be acquired.

The Government of the United States (US) itself has announced the blessing of the sale of 32 F-35A and its supporting packages to Warsaw. This was revealed by the US Defense Security Cooperation Agency on its website on Tuesday, September 10, 2019.

Estimated, the sales value of the following aircraft package reached 6.5 billion US dollars. 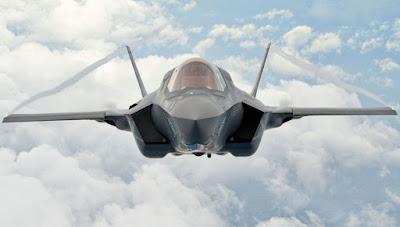 The election of the F-35A by Poland, while eliminating the opportunity for other combatants who want to fill the slot needs of the Polish Air Force (Siły Powietrzne).

Unlike the previous procurement programs that were passed through the competition, the procurement of F-35A by the Polish government was included in the type of direct appointment.

There is a reason for this decision. Not because Warsaw wants to have the most sophisticated fighter jet in the world.

This was stated by Polish President Andrzej Duda when he visited the Polish Air Force base in Warsaw last April.

"Sily Powietrzne must operate the best aircraft in the world. The F-35 is the key to success, "he said. (The National Interest)

It was also explained that the Polish Air Force pursued the interoperability of using fighter jets with the US where Uncle Sam would eventually replace all fourth generation combatants with F-35s.

Lockheed Martin Aeronautics Company in Forth Worth, Texas and Pratt & Whitney Engines in East Hartford, Connecticut have appointed Washington to be the main contractor for the manufacture of Polish aircraft and F-35A engines ordered. 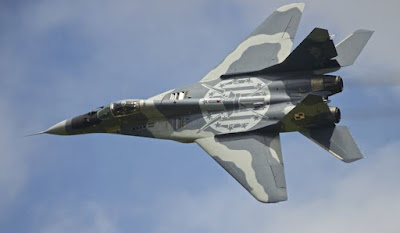 In June, the US Marine Corps conducted a Lightning II flight over the White House when President Donald Trump welcomed President Andrzej Duda's visit to Washington.

That is, 32 F-35A will replace 49 MiG-29 and 18 Su-22 fleets in the Polish Air Force. While the F-16 will still be used by countries in Central Europe bordering Germany and Russia.

It is scheduled that Poland's first F-35A group will be accepted as soon as 2024.
poland military
US Military