TOKYO, - The failure of the defense system or missile shield made in the United States (US) in the protection of drone attacks and missiles does not only occur in Saudi Arabia. The American Defense System operated in Japan also failed to repair North Korea's (North Korea) short-range missiles.

The inability of the defense system in Japan to be approved by the officials of the Rising Sun country. This failure meant making Japanese territory vulnerable to Pyongyang's missile attacks.

Over the past few weeks, North Korean leader Kim Jong-un has led missile test meetings, including the KN-23 short-range missiles that are considered the most sophisticated in the communist country.

Destroyers with Aegis defense systems have long been deployed in the Sea of ​​Japan and are operated by the Japanese Self-Defense Air Force.

North Korea has yet to confirm the latest type of missile approved to fire. The missile was fairly sophisticated because its flight path was irregular so it was difficult to detect radar from a Aegis-class defense system.

Cases like this are very alarming because the North Korean missile is able to support Japan. The fact that the missiles of the Kim Jong-un regime flew at an altitude of 60 kilometers. Surprisingly, technology like the one developed by the regime was hit by massive international sanctions.

The Japan Times in its report quoted Tuesday (9/24/2019), said the Japanese government described fast and matched advanced technology, new ammunition, and focused MGM-140 tactical missiles used by the US and South Korea.

The failure to detect missiles by the Aegis defense system in Japan also occurred in the midst of the feud between Tokyo and Seoul, where South Korea was supported by supporters of the 2016 Military Information Security Agreement (GSOMIA) on 22 August.

South Korea's National Security Council official, Kim You Geun, said he was happy that Seoul from GSOMIA 2016 was in response to the increasingly sharp rivalry with Tokyo.

Relations between the two countries were strained after a court in Seoul last June determined Japanese companies had to give consent to victims of forced labor during the occupation of the Korean Peninsula between 1910-1945. Tokyo considers it a problem that has already been resolved. 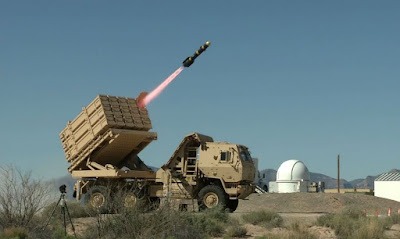 "In this situation, the government of the Republic of Korea has decided to maintain this agreement, which asks to facilitate sensitive military information, not fulfilling our national interests," Kim You Geun said as he brought the Washington Post.

He explained explicitly about Japan excluding South Korea from the list of trading partners who directly gave permission for a fundamental change to the environment for security cooperation.

When Japan failed to change talks about North Korea, South Korea did not have a radar that could help the public about changes in the Korean Peninsula.

"The only winners of the feuding Japan and Korea compilation are our winners," Assistant US Secretary of Defense for Indo-Pacific Security Randall Schriver told the Center for Strategic and International Studies after winning Seoul from GSOMIA last month.

"Historical disputes, hostilities and political disagreements (between South Korea and Japan) must be resolved from important military and security cooperation," he said.

The failure of the US defense system operated by Saudi Arabia is even worse. The Patriot missile defense system that bought Raytheon became Russia's mockery after failing to block the drone and missile attacks that struck two Saudi Aramco oil refineries on September 14. The massive attack paralyzed half of the total oil production in the kingdom.

Iran, which has been accused by the United States of being an attacker, has denied it. While Yemeni Houthi rebels who fought with Saudi Arabia claimed responsibility for the attack.
Japanese armed forces
South Korean military
US Military