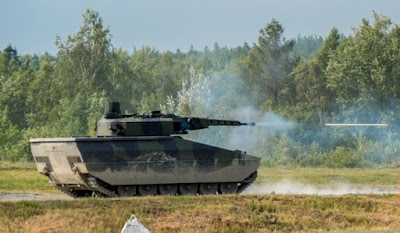 The vehicle is offered as an OMFV (Optionally Manned Fighting Vehicle) platform for the United States Army (US Army).

If the program is successful, Textron Systems will build a production line for the Lynx KF41 IFV chassis in Slidell, Louisiana.

It was said, Lynx KF41 IFV would become the future combat vehicle of the US Army that could protect its crew and be able to operate on the modern battlefield.

Scheduled, OMFV for the US Army can be put into use in 2026 to replace the role of the Bradley Fighting Vehicle (BFV).

Lynx KF-41 can accommodate 12 personnel consisting of three crew and eight troop personnel. This chain-wheeled vehicle can go up to speeds of 70 km / h and roaming power of 500 km.