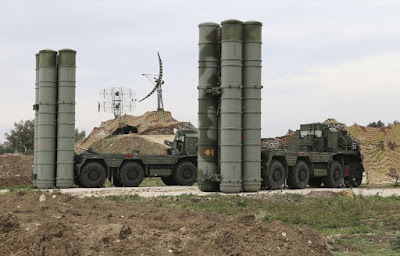 "We have certain criteria for the second fleet purchase, including technology transfer, joint production and export, technology development and modernization," Akar said in a statement to Anadolu Agency (AA), while referring to the ongoing Hisar and Siper air defense system projects.

"Both projects developed domestically will be sent to the Turkish army in the coming period," Akar said. "We maintain efforts to strengthen air defense capacity through S-400 negotiations and by developing domestic production," he said.

The Hisar System is a defense weapon developed to protect military bases, ports, facilities and troops from air-based threats and to meet the needs of the Turkish Armed Forces (TSK) for low and medium altitude air defense security systems.

While the Siper project is the development of the first long-range air defense missile system produced domestically. The project was initiated by the Turkish Scientific and Technological Research Council's (TÜBİTAK) Defense Industry Research and Development Institute (SAGE), ASELSAN and Roketsan. 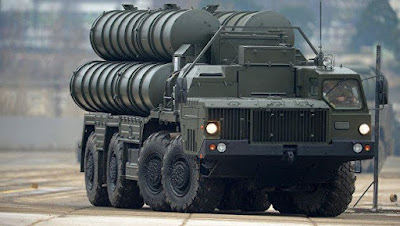 The head of the Russian arms exporter; Rosoboronexport, Alexander Mikheev, said in an interview with the RIA news agency recently that Russia hopes to seal an agreement to supply Turkey with more S-400 missile systems in the first half of next year.

Defense Minister Hulusi Akar stressed that the process of installing the first S-400 battery supply was still ongoing. "Personnel training is still ongoing and is expected to be completed by the end of this month. Our staff are currently in Russia for training. Staff who will train military personnel will continue to receive additional training. By spring 2020, the S-400 system will be fully installed," said Root.

The first S-400 fleet has been sent to Turkey consisting of two batteries. Ankara received the first supply of Russian-made defense weapons for the first time in July. The first battery shipment was completed on July 25. Shipments of the second S-400 battery began on August 27 and lasted for almost a month.
russian military
Turkish military