The success of taking off from INS Vikramaditya who has a ski-jump deck is a technological leap for India.

The success was announced by the Indian Navy (IN) and reported by a number of media.

"The maritime version of Tejas today has reached its milestone by successfully taking off the inaugural takeoff of INS Vikramaditya," IN explained. 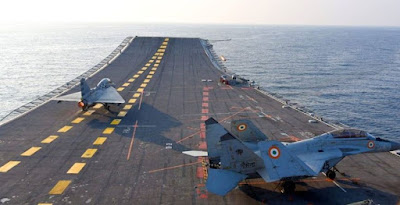 A number of institutions also gained appreciation in the collaboration to produce a naval version of the Tejas so that they successfully carried out the landing and take-off from the only Indian aircraft carrier.

They are DRDO (Defense Research and Development Organization), ADA (Aeronautical Development Agency), CEMILAC (Center for Military Airworthiness and Certification), CSIR (Council of Scientific and Industrial Research), and others. 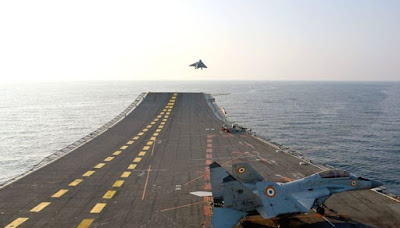 The Indian Air Force (IAF) had already operated the Tejas by ordering 40 units.

In 2018, the IAF also submitted a request for the procurement of 83 additional Tejas units.
Indian military