Lockheed Martin will produce 50 C-130J for the US Military 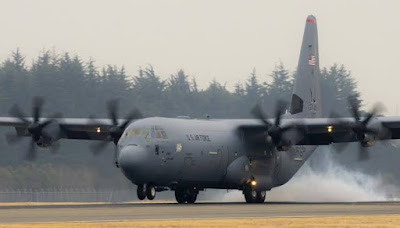 United States - Lockheed Martin (LM) obtained a multi-year contract worth 3 billion US dollars (US) from the Department of Defense to produce 50 units of the C-130J Super Hercules transport aircraft for the US Military.

The first phase of the US Department of Defense awarded the contract 1.5 billion US dollars to LM on 27 December 2019.

The contract is for the manufacture of 21 aircraft. Thus was announced by LM on Monday, January 13, 2020.

HC-130J Combat King II is a Super Hercules long-distance variant with the ability to fly up to 3,478 nautical miles (6,440 km). This aircraft is commonly used by USAF for personnel recovery or dispatch of troops.

The MC-130J Commando II is a variant used by the USAF to support special forces in carrying out silent infiltration operations. This aircraft can also be used to refuel in the air against helicopters or V-22 Osprey.

Then the KC-130J used by USMC, is a variant of the probe-and-drogue system tanker for refueling into fixed wing aircraft.

While HC-130J for USCG is used for remote maritime surveillance.

Delivery of the entire aircraft will be carried out by LM in 2021 to 2025. LM said, the price given to the Department of Defense is a discounted price.

All C-130J aircraft will be produced at the LM facility in Marietta, Georgia.
LM said, the C-130J Super Hercules is a global tactical transport aircraft. This aircraft has a unique and complete performance to carry out various missions, in various places, at any time.