Launching Sophisticated Destroyer, China Will Have 273 Warships This Year 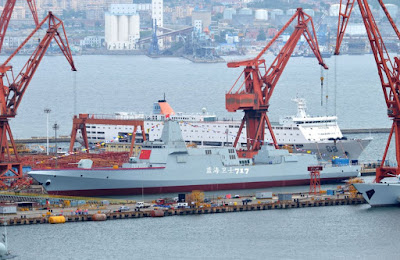 Chinese, - Before closing in 2019, China had launched its 23rd and 24th Type 052D Luyang III-class destroyer ships guided by the Chinese Navy.

The 23rd Type 052D Destroyer was launched by the Dalian Shipbuilding Enterprise (DSIC) at the Dalian shipyard in northeastern Liaoning Province on December 26.

The 24th ship was launched by Jiangnan Changxing Shipbuilding at its shipyard northeast of Shanghai on December 28. Type 052D gets the NATO code Luyang III).

Type 052D is the development of Type 052C (Luyang II) which is described as a Chinese Aegis ship.

The new ship is equipped with AESA flat-array radar and is estimated to have similar capabilities to the destroyer of the American Navy's Arika Burke-class American Navy. 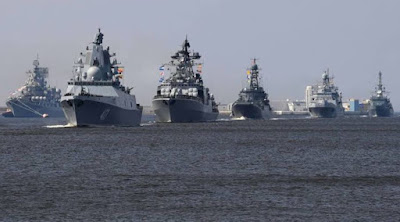 For close-range shooting, the ship is equipped with a HHQ-10 SAM melee missile. The ship is also said to integrate two types of three-type 7424B torpedoes to launch the Yu-7 torpedo and four 18-tube launchers to fire induction rockets.

Despite continuing to run production 052D, the Chinese Navy has also launched a number of ships from the successor class, destroyer Type 055 which is bigger and stronger. The sixth Type 055 destroyer was launched on December 26.

China produces warships quickly when modernizing a navy is carried out. With just the current profile, the Chinese Navy began to take a prominent role among the regional navies.

The Chinese Navy is undergoing an ambitious expansion and is projected to have a total of 265-273 warships, submarines and logistical vessels by 2020.
Chinese military