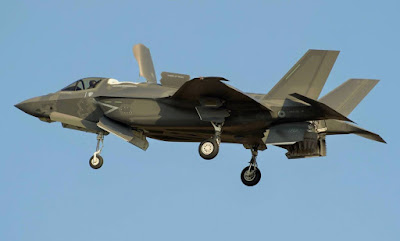 WASHINGTON, - The United States government gave the green light approval of the sale of 12 units of F-35B stealth fighter jets to Singapore. This agreement was conveyed by the American Defense Security Cooperation Agency (DSCA).

Singapore has submitted a request to America to buy four F-35B jet fighters in the initial stages, and eight additional units for the next stage.

The sales value of sophisticated jet fighters to Singapore is around USD2.75 billion. According to DSCA, the US Department of State has given its approval. DSCA said it had told Congress about Donald Trump's government approval.

Variant B of the F-35 is a more sophisticated version, in which the aircraft is capable of taking shorter take-offs and landing vertically.

"The proposed sale will support US foreign policy and national security objectives,"

"Singapore is a strategic partner and key security cooperation partner and an important force for political stability and economic progress in the Asia Pacific region," continued DSCA.

The Singapore Defense Ministry first announced its intention to add F-35s to its Air Force fleet in January last year, after identifying the stealth aircraft as the most suitable replacement for an aging F-16.

In March 2019, Defense Minister Ng Eng Hen revealed that Singapore would first purchase four F-35B fighter jets for complete testing, with the option to increase the purchase of eight other units at a later stage. 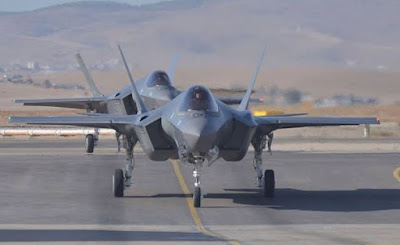 This fifth generation American fighter jet produced by Lockheed Martin offers some of the latest stealth, network and sensing capabilities.

DSCA - part of the US Department of Defense - said F-35 stealth fighter jets will enhance Singapore's ability to defend its borders and contribute to coalition operations with allied forces and other partners.

"This sale will not change the basic military balance in the region," DSCA added.

At the Supply Committee debate in March, Ng said the Defense Ministry would issue a Request to the US regarding the purchase. He added that Singapore had support from the US government for the purchase.

Safety concerns for the F-35 were once a concern when Japan lost one of its pilots last April after an F-35 fighter jet crashed in the Pacific Ocean. The Japanese air force says spatial disorientation is likely to be the cause of the incident.
US Military