This is the Origin of the Sukhoi Su-57 Felon Name 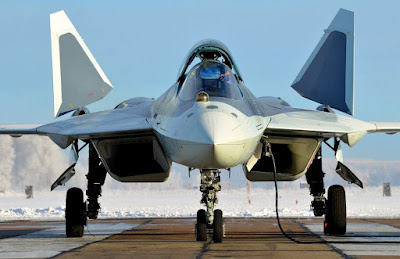 MilitaryMedia.net - Moscow - For Russian Fans Boy, the name of the Sukhoi Su-57 fighter jet feels sacred, this is a symbol of the superiority of the Russian Air Force defense system. It symbolizes the achievement of Russian technology in stealth-capable combatants.

Although its existence was rocked by several technical problems and the impact of the oil price war with Saudi Arabia, the Vladimir Putin government was still consistent in continuing the Sukhoi Su-57 acquisition project. Well, apart from that, do you know where the origin of naming Su-57?

The site id.rbth.com, quoting information from the Russian Aircraft Corporation "Gorizonti" Magazine, states that the Su-57 was originally named T-50, which based on the Russian tradition of aircraft production, the letter "T" was given to projects aircraft that have triangular wings. While the number 50 comes from the word "poltinik" (half-ruble coin), the unofficial name given by the designers of the aircraft. 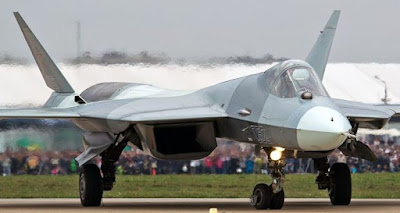 Traced from its history, the T-50 was the product of Sukhoi, Alexander Davidenko, in which the T-50 flew first on January 29, 2010. And only in August 2017, the Russian Air Force Commander (AU) formally called the aircraft by the name Su-57 .

Then the Su-57 label ‘addition’ becomes the Su-57 Felon, where "Felon" is the code given by NATO to the Su-57. The NATO code in naming Russian production weapons is used in radio communication and in general use among Westerners, including fans.

The first letter of Felon is "F", or "FOXTROT," which is used by NATO to image Russian fighter jets, such as Foxbat for MiG-25, Fulcrum for MiG-29 and Flanker-E for Su-35.

"Then the Su code, of course, comes from the Sukhoi constructor and manufacturer (JSC Sukhoi Company). While the number 57 has its own meaning, five (5) shows the fifth generation of Russian warplanes, and seven (7) is the lucky number, which shows the relationship with the previous generation's best fighter, Sukhoi Su-27, "Gorizonti wrote. 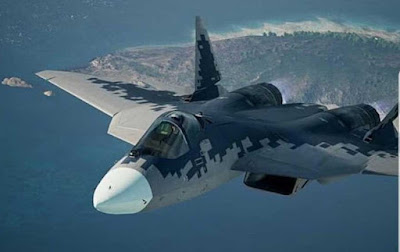 Sukhoi Su-57 is designed to have supercruise, supermaneuverability, stealth and and advanced avionics to overcome the deficiencies in previous generation fighter jets, precisely the Su-57 was indeed staying to replace the MiG-29 Fulcrum and Su-27 Flanker in the Russian Air Force. With leading combat equipment, the Su-57 is claimed to be a match for the F-22 Raptor and F-35 Lightning II.
Air Force
russian military