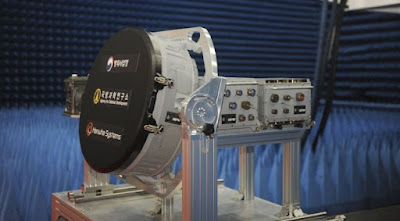 Military Media.net : South Korea - For South Korea, what is hampering the KFX / IFX fighter jet program may just be the Indonesian factor, where as of this writing, there has been no further discussion about the payment process for Indonesia's obligations for the portion of the KFX / IFX development costs. Even so, for South Korea, KFX is a national program that has no words to back down and must be completed according to schedule, where the launch (roll out) of the KFX prototype will take place in April 2021.

After the General Electric GE F414 engine components began to be shipped from the United States and the KFX prototype fuselage which is now in the process of assembling at the Korea Aerospace Industries (KAI) production facility, the Defense Acquisition Program Administration (DAPA), the agency that oversees the KFX fighter jet project, has now announced. launched the first prototype of the AESA (Active Electronically Scanned-Array) radar which will be installed as standard features on the KFX / IFX.

Referring to its track record, the AESA radar for the KFX / IFX began to be developed in 2016 by involving Hanwha Thales Systems and the Agency for Defense Development (ADD), an R&D agency under the South Korean Ministry of Defense. Of course, South Korea cannot develop the AESA radar alone. This project is collaborating with an Israeli company, Elbit Systems - a subsidiary of Israel Aerospace Industries (IAI) - which acts as a collaborative partner in the transfer of technology. One of the roles of the Israeli company is to assist in the hardware testing phase. 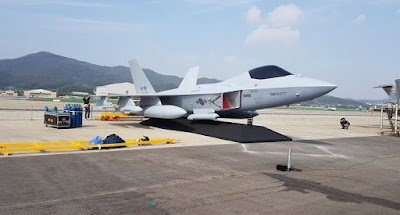 And on August 7, 2020, DAPA officially released the prototype figure of the AESA radar to the public in a small ceremony. Because it is still a prototype, South Korea is still economical in providing information about this radar's capabilities, it is only said that this radar's ability to detect and track hundreds of targets simultaneously in the air and the surface.

The AESA KFX radar prototype has about 1,300 Transmitter-Receiver Module (TRM). For your information, the F-22 Raptor radar has 2,000 TRM and the F-35 radar has 1,200 TRM. According to unofficial sources, the AESA radar for the KFX has a detection range of up to 200 km.

Seoul's move to develop AESA radar domestically was actually based on Washington DC's decision not to grant an export license to South Korea. In fact, the United States in 2015 also rejected a license for infrared search and track (IRST) technology, electro-optical target tracking devices and jammers.

Large manufacturers from the United States, such as Lockheed Martin and General Electrics are involved in the KFX program, but Washington prohibits the transfer of key technology for stealth aircraft and AESA radar systems. For South Korea, the domestically made AESA radar is expected to be better than the AN / APG-83 AESA radar currently installed in the F-16 Viper.
Air Force
South Korean military